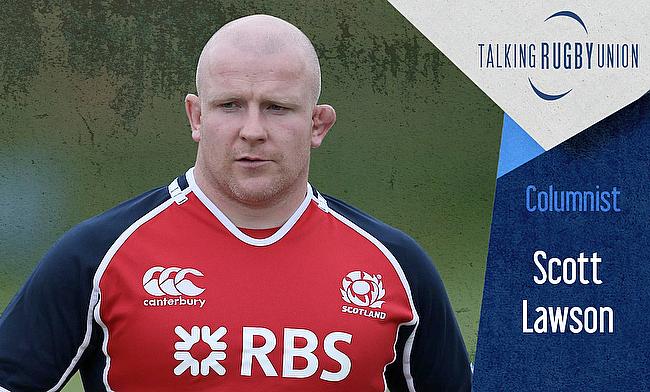 First thing’s first, I have to say that Japan were outstanding on Sunday.

People will say that Scotland didn’t play well and didn’t cause them enough problems, but in the first half Japan were phenomenal and would have beaten most teams in the world playing like they did in those 40 minutes.

It is a real cliché and people in rugby use it all the time, but the five minutes either side of half-time are the ‘Championship minutes’ and are so important to the outcome of the game.

Scotland let in a try just before the break and then just after and that left them with a mountain to climb being 28-7 down.

If you look at the way that Japan currently play, that is the way Gregor Townsend coaches and wants this Scotland side to play.

It is so precise, so fast and they seem to play as one big moving part, but they also have license as individuals to try things and bring flair to the game when something is on.

They look very comfortable on the ball and they keep the ball alive so well - it tired the Scots out at times.

It was a great Test match, it really was. Scotland showed what they can do when they scored the two tries in the second half, but they weren’t allowed to play their game in the first half and credit must go to Japan for that. As well as being innovative in attack, they were relentless in defence, two key traits that you must display if you are to win rugby Test matches.

They never let Scotland dictate the pace of play and that makes it hard to make inroads when you are attacking.

For Scotland, Jamie Ritchie was superb. It is a shame that all of his highlights were defensive ones, but that is the way the game was going and the way he gets over the ball to make turnovers is superb.

He is a tough boy and he can also carry well if he gets the chance - he could be a fixture in the Scotland back-row for many years to come.

Rugby World Cup 2019: Japan defeat Scotland in thriller to qualify for quarter-finals.@G_HMedia delivers his verdict after an enthralling contest in Yokohama. The World Cup continues with the Brave Blossoms as the Scots crash out. #RWC2019 https://t.co/wqfuzBc26o pic.twitter.com/jGmL7dG24t

From a Scottish perspective, we always knew the Japan game was going to be pivotal, but perhaps we didn’t know how good they were going to be.

They have been flying and deserve to be through to the quarters, but it was the Ireland match at the start of the competition when Scotland never really fired.

To play against the then world number one side [Ireland] and the in-form team in the competition [Japan] in the pool stages was tough.

World Cups are always the end of a cycle so it will be interesting to see what happens with Scotland now, however there are still a lot of good young players in the squad and they will want to go into the Six Nations next year and really show what they are all about.

The tie of the quarter-finals has to be Japan v South Africa.

It will be fascinating and tough to call, but I’m very interested to see how Japan plan to counter South Africa’s physicality. I’m sure they will have a few tricks up their sleeve. What a match it will be!