'We have to believe and show no fear' - Scott Forrest 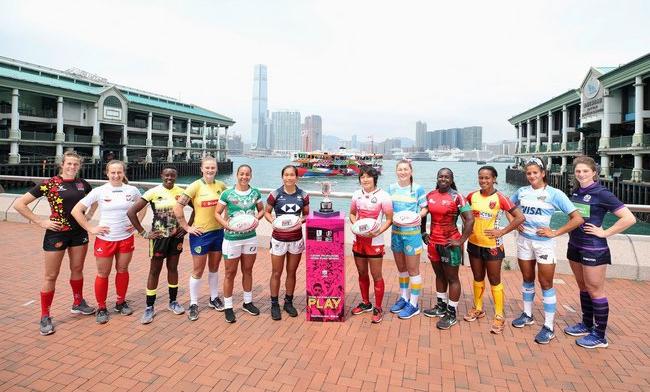 Scotland Women Sevens head coach Scott Forrest wants his side to embrace the opportunity of playing in Hong Kong over the coming days - and he has urged them to “show no fear” as they aim to secure a place on the World Series circuit for 2019/20.

The Scots, led by Forrest who previously played the abbreviated game for the men’s national side, are taking part in the qualifying tournament for the World Series on Thursday and Friday in Hong Kong.

With only the winners of the 12-team competition guaranteed a place on the World Series circuit next term, it will be a big scrap but Scotland have come far in this form of the game over the last couple of years under former head coach Scott Wight and now Forrest.

Scotland are in Pool X with Japan, Belgium and Mexico while Pool Y has Kenya, Papua New Guinea, Hong Kong and Uganda in it and Pool Z is populated by Brazil, Argentina, Kazakhstan and Poland.

On day one, the pool matches are played at the So Kon Po Recreation Ground - Scotland and Belgium kicking it all off at 10am (3am UK time) - with the aim of getting through to the quarter-finals in Hong Kong Stadium on Friday.

?? Reaction: @Scotlandteam captain Helen Nelson spoke to us as her side gets ready to play in the World Rugby Women’s Sevens Series Qualifiers in Hong Kong #HK7s pic.twitter.com/9MQ0Kqltfw

The Scots are without key player Eilidh Sinclair, currently playing at a high level in Australia but injured, but apart from her absence the squad looks strong.

It is also a boost that forward Louise McMillan is back from the arm injury that forced her to miss the Six Nations and Forrest told TRU: “I am really excited about what this group can do in Hong Kong. If they have belief and show no fear, then anything can happen in the coming days.

“If you cannot enjoy playing sevens in Hong Kong then where can you enjoy it? It is an amazing place, the crowds will be great, we know there will be a lot of Scottish supporters and that should spur us on.

“This is by far the strongest sevens squad that I have ever been able to select. As a coach it’s nice to actually have some tough choices to make. There are a couple of players who will be disappointed not to be taking part.

“Despite our preparation for Hong Kong being relatively short, the players have trained well and there was a real competition for places in the final squad. We are well aware of the challenge in front of us and this starts with our first game against Belgium, who finished only one place behind us in Europe last season.

“In sevens you really cannot get too ahead of yourselves because things change in a second and that is why the first game is the big one.”

Meanwhile, Forrest’s skipper Helen Nelson admits she has had to pinch herself recently as her career continues to go from strength-to-strength.

The 24-year-old stand-off, who plays professionally in France with Montpellier, turned out for Scotland in the Six Nations during February and March.

?? | The Scotland Women 7s squad had a hit out against @HongKongRugby this morning at the Hong Kong Institute of Sport. This was part of their training and preparation for the World Rugby Women’s Sevens Series Qualifier.#AsOne pic.twitter.com/sSIt5nJwfd

And now in April, she is set to captain Scotland Sevens in Hong Kong and then turn out for the world famous Barbarians in America.

To make things even better, the match against the USA in Colorado on April 26 will be the Barbarians’ first women’s international fixture following on from a game against Munster in 2017.

“I don’t really think being selected for the Barbarians has sunk in yet,” Nelson said.

“It’s a massive honour to be asked to play for them and something I’m so excited about.

“I watched their men’s teams growing up and loved the exciting brand of rugby they played and everything they represent, so this really is a dream come true.

“It’s an incredible opportunity to be coached and play alongside some absolute legends of the game. I’m going to go and enjoy it and learn as much as I can.

“I think my selection is also good for Scotland because it shows that we are being noticed by people in the world game and when I go out there at the end of next month, I will be representing all of my international team mates because without them I would not have got this chance.

“Before all of that, my mind is fully focused on the World Series qualifier in Hong Kong. It is such an iconic place to play sevens and as a group, we want to go out there and show people what we are all about.”