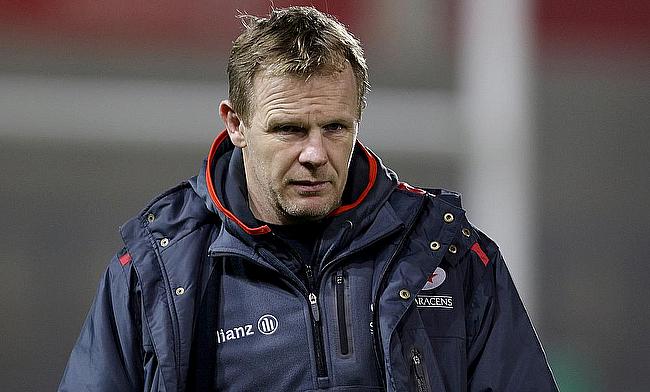 As the Premiership semi-finals creep ever closer, all we can do is wait for what will most definitely be an enthralling weekend of rugby as four heavyweights battle it out to make it to Twickenham.

Leicester Tigers have had an extraordinary season so far and are now looking to put the cherry on the cake. Even though they weren’t seen as favourites at the beginning of the campaign, they were virtually able to cruise to the top of the league table by only suffering four losses in their 24 games.

Having collected a whopping 94 points on the way, it meant the Tigers became the first team in Premiership history to stay at the summit of the table in every round of the campaign and there is no doubt that they are serious contenders to secure their first Premiership title in almost a decade.

Their opposition, Northampton Saints, have also not had a bad season but only narrowly secured their top four spot as Gloucester were lurking just two points behind them.

Northampton were able to pick up 75 points with a total of 14 wins to their name and a run of six victories from their last seven matches helped them surge into the playoffs.

It might be his last appearance as a Tiger at Mattioli Woods Welford Road on Saturday, but Ellis Genge is determined to extend his and @LeicesterTigers' season by one more weekend... #GallagherPremhttps://t.co/M1fhCAn8P6 pic.twitter.com/BbTGP76Xyo

When both Leicester and Northampton first met this season, the Tigers were able to breeze past them with a 55-26 win. In their second clash, it was a similar story as Steve Borthwick’s men came out with a 35-20 victory.

Despite not getting the better of the table-toppers, there is no doubt that the Saints will be up for this bout. It is an East Midlands rivalry after all?!

Calvin’s Prediction: Even though this will be a great clash between two teams that have shone this term, it is hard to look past a Tigers win. They were able to beat Northampton twice in the regular season and they will also be gleaming with confidence as their last defeat came on 23rd April against Harlequins.

This time last year, Mark McCall’s men were playing in the Championship and vying for promotion to the Premiership but 12 months on, they are on the verge of their sixth top-flight final in nine seasons.

Saracens were able to finish second this term, picking up 17 wins with only six losses and one draw. They were also able to beat first place Leicester in their second meeting of the campaign (34-27 back in March) after only narrowly losing their first encounter 13-12.

Overall, they have had a great season with only a few slip ups costing them first place but they are still strong contenders to become Premiership champions for the sixth time.

Even though Harlequins came out on the wrong side of the result in a thriller against Exeter Chiefs in their final game of the regular season, they will be looking to make amends and bounce back on Saturday as they continue the defence of their title.

Quins were able to pick up 80 points this season - nine more than last year - as Tabai Matson’s troops finished the term in third.

??"One of our big visions in the club is to be the most admired club in Europe..."

Ahead of their @premrugby semi-final clash with Saracens, @Harlequins attack and backs coach, Nick Evans, spoke about the club's ambition of going back-to-back this June??https://t.co/mpAsOvHq7a pic.twitter.com/tjmmdKLf0D

The last time these two sides met, Saracens narrowly won the game 19-10. When they renewed acquaintances at the start of the season, it was another tight victory for the men in black who won 29-22 even though Harlequins were up 19-9 at halftime.

Calvin’s Prediction: Perhaps Sarries will be more determined to win some silverware this season after their heartbreaking loss to RC Toulon last month, which saw them exit the Challenge Cup at the semi-final stage.

They will also be favourites in this bout and for good reason, even though both games were close between the sides during the campaign. With the season they have had on their return to the Premiership, they will want to prove a point by making another appearance at Twickenham.

The most likely final is Leicester Tigers against Saracens - first against second - however, these sorts of games can never really be accurately predicted especially given the derby element to both play-off matches. In truth, it makes it all to play for and we cannot wait.