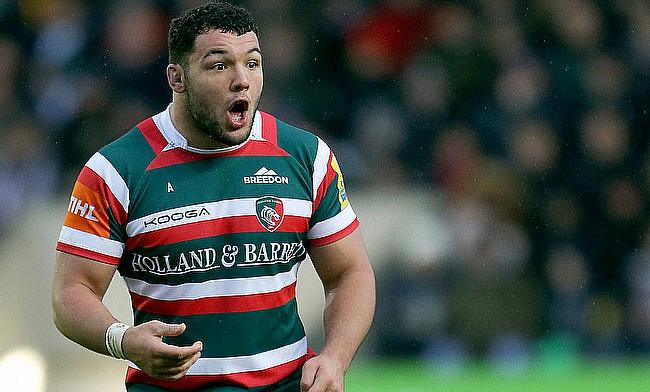 Last Saturday was the 24th and final regular season game for Leicester Tigers and over the course of the last 10 months, there have been moments which have highlighted the growth of Steve Borthwick's side.

They opened their account at Mattioli Woods Welford Road with an eye-catching 34-19 victory over Exeter Chiefs which was followed by the hammering of fierce rivals Northampton Saints and a dramatic last-gasp win against Saracens at the end of October.

Since then, the Tigers haven't taken their eyes off the prize and last weekend's 20-10 triumph over Wasps ensured Leicester became the first team in Premiership history to top the league in every round of the campaign.

When Borthwick first arrived at Oval Park, he vowed to turn "the big ship" around that "was heading in the wrong direction" but even he may not have imagined that this grand old club would find themselves challenging for the title in such a short period of time.

"Three things," Borthwick said when asked why he thinks Leicester find themselves on the verge of their first Premiership final in almost a decade. "Number one was the players. They were hungry to get better. I think they’ve had enough of the tough few years they’ve had and they want to be part of building something. That was my first sense.

"Number two is the people in charge of the club. It was a difficult time but I sensed a real determination - from Andrea [Pinchen] from Peter Tom - that they wanted to get this club back competing again.

"The third thing is the sense I got from our supporters. You couldn’t meet them because it was lockdown but the passion they have is amazing. I’ve been at two other clubs and I’ve never sensed that.

"We’ve got a lot still to do. There’s so much more growth in this team. That’s my job. To keep making sure we’re growing and moving forward. "

It is impossible to overstate the job which Borthwick has done. Whilst he admitted he is a figurehead for the Tigers, he was quick to praise everyone at the club for Leicester's rise. If it wasn't for Saracens' salary cap misdemeanors, they would have been relgated in 2019-20 but now they are gearing up for a home Premiership semi-final against near neighbours Northampton.

Leaders on the pitch have also emerged and none more so than departing skipper Ellis Genge. Having been handed the captaincy by Borthwick at the beginning of this season, the England prop has led by example and shown heaps of maturity throughout the campaign.

He admits one of his most frustrating performances, though, was in Leicester's first defeat of the season against Wasps where Genge lost his cool and was sin-binned for pushing Francois Hougaard in the face, but as he prepares to run out at Mattioli Woods Welford Road for the last time in a Tigers shirt before returning to Bristol Bears, the 27-year-old is determined to sign off on a high.

“When you’ve been down in the gutter and you’ve seen the resurgence, that’s when you really feel pride,” Genge said.

“We went through that low period 2017-2019 where the relationship wasn’t great between players and fans, for obvious reasons. We weren’t performing so they put us under a lot of heat.

“I feel like we’ve come out the other side and the stadium is bouncing again and you can really feel that player-fan bond. Even internationally, it’s one of the top stadiums I’ve played in. It’s a special place.

“I’ve been thinking about it [his last home game] for ages. I want to completely empty the tank for the supporters who have been there throughout.”

The Tigers faithful will flock to Matiolli Woods Welford Road on Saturday as Leicester enter another 'big game scenario', something which has been a rarity since they reached the play-offs in 2017.

In the last 12 months, Borthwick's charges have experienced a Challenge Cup final and also the cauldron of a Champions Cup quarter-final vs Leinster but on both occasions, they came up just short.

Against the Irish province, Leicester allowed their opposition to build up pressure which proved costly and Genge has vowed the Tigers will be alert from the first whistle when they face a Northampton side with serious momentum behind them.

The Saints come into their first Premiership semi-final in three years on the back of six wins from their last seven league games, but for Genge, this will be his first appearance of the term against Leicester's East Midlands rivals having missed both regular season fixtures.

It is clear listening to Genge how much this derby means and he is determined to channel his individual and collective emotions into a complete performance.

“I’ve always found it quite hard [to understand the derby] as I’m not from Leicester, although I’ve spent time growing up here from age 20 to 27 now,” he said. “

"The academy boys are called Leicester skins, and I always wanted to be a Leicester skin. I’d like to think I’ve blooded myself in my own way and left my mark there. It didn’t mean much to start with. I remember when I first turned up to the club we had Racing 92 at the Nottingham Forest football stadium and then after we were away at Franklin’s Gardens and I went.

“I remember Harry Thacker ran riot and it was brilliant to watch. From there seeing the other boys who weren’t even playing in tears from us beating Saints — it showed me.

“I’ve had a few derbies in my time from all different levels of rugby, but the East Midlands is one that’s up there. You’ve got to beat the drum when the time’s right. You don’t want to do it early in the week. You’ve got to get your detail down first.

“If you start going nuts and spitting flames then you’re not going to learn much earlier in the week. You wait until Thursday, Friday, Saturday for the Any Given Sunday speeches. There’s a time and a place for those, though, definitely.

"I had thought about not being able to play in an East Midlands derby as I was away with England – that really hurt me. I’m happy I get the opportunity to do so on Saturday."