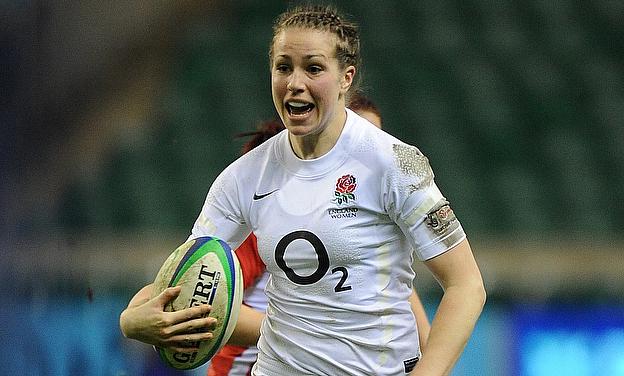 Wales made a losing start to the 2014 Women's Rugby World Cup after going down 26-0 to hosts France.

Marion Lievre scored twice in the first half while Shannon Izar also crossed to give France a 19-0 half-time advantage and Elodie Poublan added another score late on as the Six Nations champions triumphed in Marcoussis.

The bonus-point win puts France top of Pool C on five points, one ahead of Australia with South Africa and Wales still to get off the mark.

The French - who beat Wales 27-0 in the Six Nations in February - had the match all-but wrapped up by the interval following a devastating 13-minute spell which saw them run in three tries without reply.

Winger Lievre broke the deadlock in the 25th minute when she intercepted Wales fly-half Elinor Snowsill's pass and raced three-quarters of the pitch to touch down, with Sandrine Agricole adding the extras.

France then scored twice in four minutes with Izar going over before Lievre touched down her second try. Agricole slotted over a superb touchline conversion for Lievre's try, having missed her previous two-point effort.

Wales continued to battle hard in the second half but were unable to get on the scoresheet and two minutes from the end France added a fourth try through replacement Poublan, who barged through two defenders on the line to earn her side their bonus point.

England start with a bang

England kicked off their 2014 Women's Rugby World Cup campaign with a comprehensive 10-try 65-3 win over Samoa at Marcoussis.

Two tries each for Kat Merchant, Lydia Thompson, Natasha Hunt and Kay Wilson and one apiece for La Toya Mason and Emily Scarratt set England on the way to victory, with Scarratt also kicking 15 points.

England's first try came from the pacey Merchant, who showed some quick feet before diving over the line, and she soon had her second - her 43rd for England - when going over in the 24th minute for 15-0 after Scarratt's conversion.

Thompson showed great pace for England's third, racing in from at least 60 metres, and Scarratt added the extras to make it 22-0.

Worcester wing Thompson had her second try after 35 minutes, and England had their fifth try on the whistle - Hunt spotting a gap and backing her own pace to score to make it 34-0.

Samoa gave as good as they got in the opening exchanges of the second half, but a piece of magic from Hunt, who spotted a gap, broke the deadlock before replacement Wilson scored minutes later to make it 46-0.

Replacement scrum half Mason spotted gap on the try line for England's eighth before Maggie Alphonsi found Scarratt who raced in for her first try.

At 60-0 up, Samoa got their first points on the board with a penalty from Bella Milo but Wilson added her second at the death to bring the scoring to a close and to give England their first win.

Number eight Sarah Hunter said: "We've been itching to get out onto the pitch and we're pleased to get the campaign under way with a good performance - we wanted to play with width and tempo and we definitely did that at times.

"Samoa put the pressure on us, they were big and physical and played with real heart, but we'll review the game and look to improve before we play Spain."

Ireland off to winning start

Ireland made a winning start to their 2014 Women's Rugby World Cup campaign by beating the United States 23-17 at Marcoussis.

Full-back Niamh Briggs scored a try and booted 13 points in a Group B victory that also saw prop Ailis Egan get over the line.

The Eagles - world champions back in 1991 - found tries from Lynelle Kruger and Carmen Farmer, with Kimber Rozier converting both and steering a penalty home shortly before half-time.

Next up for Ireland is Tuesday's meeting with New Zealand, who opened their campaign with a 79-5 hammering of Kazakhstan.