World Cup glory is on the Horizon according to Alphonsi 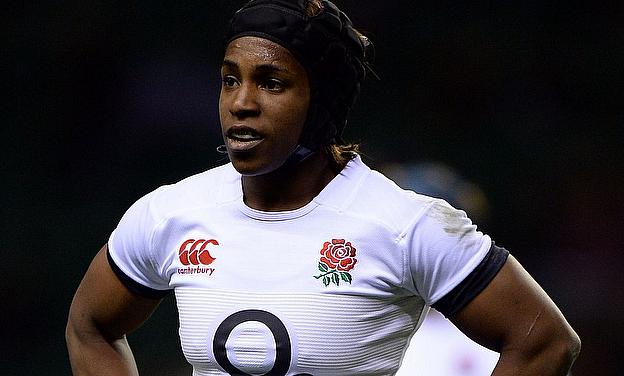 England play Samoa on Friday in Marcoussis, Spain on August 5 before the duel with Canada on August 9.

Alphonsi has received numerous personal awards in her distinguished career, which has seen her claim seven successive Six Nations titles, six in Grand Slams, but a World Cup honour has proved elusive.

New Zealand have won the last three tournaments by beating England in the final, something England will hope to put right on August 17 at Jean Bouin Stadium in Paris.

Alphonsi, who is playing in her third World Cup, told Press Association Sport: "I've been very fortunate to have got the accolades that I have and all the recognition, which is brilliant.

"But the real reason why I wanted to get into the sport and play for England was to be world champion. It would mean the world.

"That's one accolade I haven't got. That's what I want for the team, as well as an individual thing.

"I want people to recognise us as the best team in the world."

The hurt of 2010 has driven Alphonsi and the other 11 survivors from the defeat in London on.

"Losing in that World Cup was horrendous," added the flanker, who recalled a team meeting the following January when head coach Gary Street questioned whether his players were willing to commit to four more years.

"To face it again and say 'right, do you want to commit to another four years to get that medal?' Everyone said 'yes'.

"I remember it well. It was a hard time, but if anything it's been good for us the last four years because it's kept us going.

"It's like Olympic gold. It's one of the things that drives you to get up in the morning and work really hard and train hard."

Alphonsi believes the World Cups have got bigger and better every edition since 2002 and, coupled with sevens' inclusion in the Olympics, the sport is only getting better.

She is not yet ready to think about playing at the Rio de Janeiro Olympics, with the World Cup the full focus.

"The priority right now is this World Cup and doing really well," she added.

"All I can think about at the moment is this and once August 17 rolls around, after that I can decide what I want to do.

"I've been to one Sevens Rugby World Cup and it was absolutely amazing.

"To go to an Olympics would be anyone's dream. Who knows? There's a lot of good players coming through and I'm not getting any younger."

Prop Rochelle 'Rocky' Clark is the most-capped player in the squad with 91 appearances.

"Short for Rochelle is Rocky and I got my first cap out in Canada where the Rockies are. It's quite apt really," Clark said.

"We were really close in 2010 and it could've gone either way," she added.

"That disappointment makes me even more hungry to win this one.

"I've got four years more experience to take into it."

Clark is often compared to Jason Leonard for her longevity.

She added: "The first goal is to win the World Cup, then the second goal will be to get 100 caps. When we come into next season and the Six Nations I'll think about that."