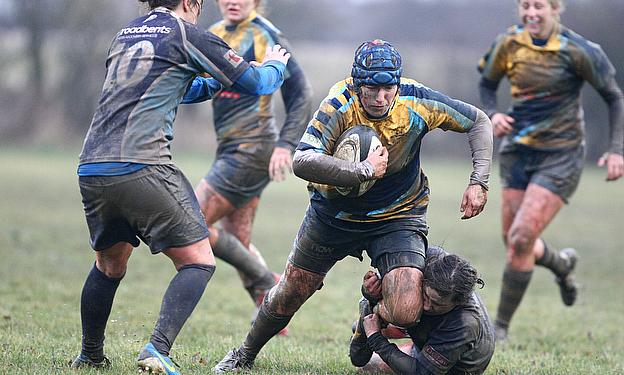 Six Worcester Ladies Payers have been selected to represent England at the forthcoming Women’s World Cup, to held in France during August, and one, Sian Williams, will be playing for Wales - a remarkable achievement having battled with serious knee injury for over a year.

England Prop Rochelle Clarke, with 90 caps to her credit, will be looking to move closer to the “100” and at her third final, attempt to win the so far elusive gold for England. Cup holders New Zealand will still be favourites and clearly the team to beat. Results over the past two years between these nations shows that this is possible, but of course, the Kiwis always seem to bring something extra to the finals.

Heather Fisher, having played only 40 minutes premiership rugby last season is fit again and is looking to form an awesome flank partnership with Saracens Maggie Alphonse. Heather will be looking to make a finals appearance having been cruelly robbed of her place in 2010 decider through last minute injury. Wing and try scoring machine Kat Merchant also played in the last World Cup, and along with her colleagues will be looking to go one place better this time.

Prop Laura Keates, wing Lydia Thompson and fly half Ceri Large are the other representatives from Worcester.

The management and coaches of Worcester Ladies are proud to have so many players selected from the club and this reflects the excellent coaching and player development stemming from the work of everyone at the club, but especially former Scottish International, Head Coach Donna Kennedy, still the most cap player in Ladies rugby, but with Rocky (Rochelle) Clark quickly catching up.

The semi-finals and finals will be played at the Centre National De Rugby – Marcoussis, Paris, the final will be staged at the Stade  Jean-Bouin - PARIS -, all games are televised on Sky.