Should Women be Allowed to play Men's Grade Rugby? 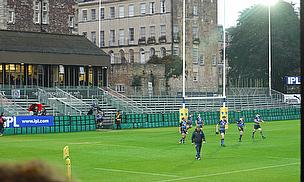 When our founder, Max Ashcroft started his rugby career aged 6, it was at a rugby summer school held by Tarleton Rugby club.

That was 16 years ago next month. Max has gone on to play rugby with Bath Academy and now plays at Sedgley Park in National 2 in the UK.

Tarleton Rugby started 25 years ago as a mini and juniors club, the seniors coming along much later. At Max's first mini's training he was coached by a woman and in his squad there were girls. The boys had a clear pathway but for the girls it wasn't so clear.

Our NZ reporter, Scott Donaldson has found similar challenges for women in rugby within his team, Southland. In this report he explores the subject of women playing men's grade rugby.

Southland women's rugby player April Miller who was playing rugby in the Southland Presidents Men's Grade has been banned from playing because she is a woman.

Will April Miller now be lost to the game of rugby for life?

I am actually from Southland and it isn't as if the Presidents Grade is a really high level or anything. I say as long as neither her team nor the opponents mind, then I don't have a problem with April Miller playing.

What happens if April Miller was going to be a New Zealand Black Ferns representative and her progress is being stopped?

I guess her only other option is to move to another province which offers women's rugby grades.

Should a woman be allowed to play rugby in a men's grade when there are no grades for women?

Nelson: Playing alongside Red Roses has helped me become a leader for Scotland