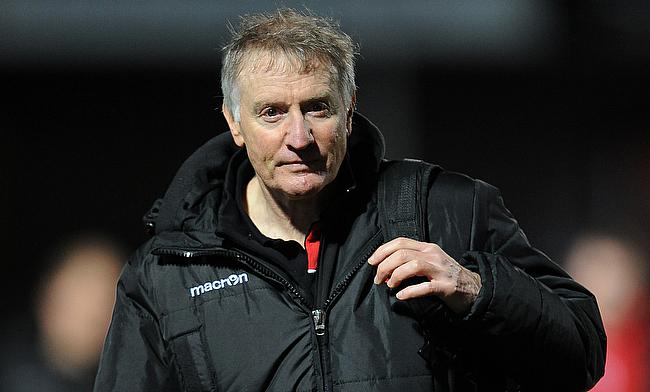 Worcester Warriors have confirmed that prop Nick Schonert has penned a new undisclosed deal with the Gallagher Premiership club.

Schonert joined Worcester Warriors in 2014 and has racked up over 100 appearances for the club including 71 Premiership games despite missing the start of the season with medial ligament injury.

The 28-year-old also has represented Cheetahs and South Africa Under 20 sides in the past before heading to Sixways.

“I signed because I trust Solly. He is the kind of guy that I have got so much trust for. Trust can be a hard thing to find in sport especially when it comes to coaches and players, but I have full trust in Solly and I have signed for that reason," he told the official website of the club.

“I have been here for six years and I owe a lot to the club. The club has made me into the player I am but I don’t think that over that period we have given the fans what they deserve.

“I would like to look back in 30 years and say that I practised what I preach and that I helped to give the fans a top six club.

“Life in Worcester has always been very good. My parents have just moved over to Worcester and so there are a lot of good reasons to stay".

Schonert becomes the fourth player in the Warriors squad to extend their stay at the club recently after Ted Hill, Andrew Kitchener and Francois Venter and director of rugby Alan Solomons is delighted with the South Africa born prop extending his commitment to Worcester.

“I am absolutely delighted that Sharky has decided to extend his stay with us,” Solomons said.

“He is one of the leading tightheads in the Premiership and a huge asset to the team. He is the consummate professional and has a tremendous work ethic.

“In addition, he is a fantastic bloke and a great team man. All in all terrific news for the club and I look forward to working with him as we look to take the club forward.”