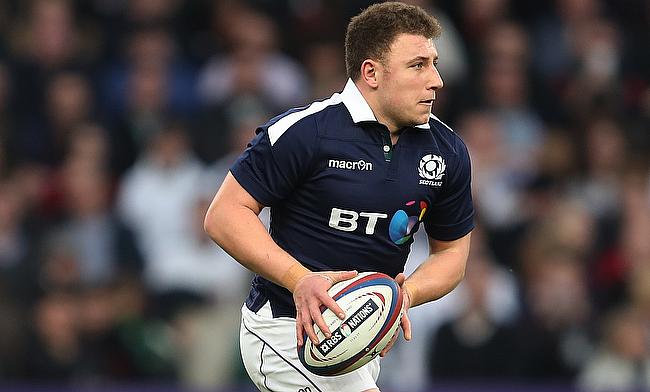 Jean-Luc du Preez's red-card proved costly for Sale Sharks as they succumbed to a 20-13 defeat to Worcester Warriors in the fifth round of the Gallagher Premiership at Sixways on Saturday.

The win has taken the Warriors to the fourth place in the table with 13 points while Sale Sharks are at fifth with 12 points.

Sale Sharks got off to a terrific start when Faf de Klerk intercepted a pass from Francois Venter to crossover in the 15th minute but Aj MacGinty missed out on the conversion but by the end of the first quarter they were reduced to 14-men temporarily when Simon Hammersley was yellow-carded.

Worcester immediately capitalised on the numerical advantage as Duncan Weir kicked a penalty goal but as Sale Sharks returned to full-strength they increased their lead to 3-10 with Chris Ashton's try in the 37th minute but their decisive blow came few minutes later when du Preez was red-carded for a shoulder-led challenge on Graham Kitchener and Weir reduced the gap to four points with his second penalty kick.

Even though Worcester were held off in the opening minutes of the second half, the advantage of having an extra player proved decisive as Perry Humphreys (54') and Ashley Beck (58') scored back to back tries and with Weir kicking both the conversions, the scoreline became 20-10.

Sale Sharks gave a scare to the Warriors with MacGinty's maiden penalty goal in the 69th minute that brought down their trail to seven points but they could not get any more breakthrough as Worcester secured their third win of the tournament.

“There were a number of key factors. The key thing was to trust the process, get the field possession, hold on to the ball and the points will come. By and large we did that today," said Worcester Warriors director of rugby Alan Solomons.

“The half time message was not to change anything or rush anything. Both sides were up for this game, both were physical teams it was a pretty edgy affair. But our contesting of the line-outs gave us the platform.”