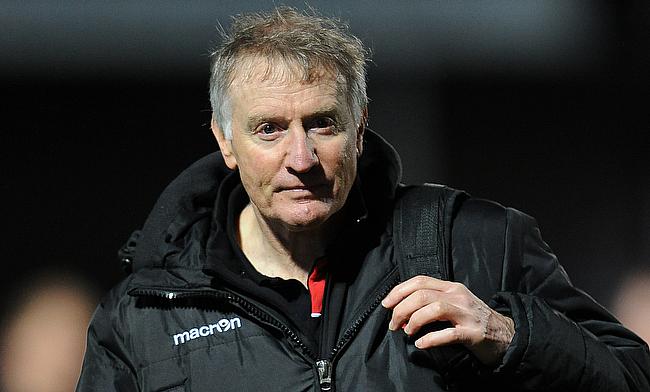 Worcester Warriors have confirmed that director of rugby Alan Solomons has committed to the Premiership club until the end of the 2021/22 season.

Solomons, who has over 20 years of experience in coaching joined the Sixways outfit in October 2017 as an assistant coach under Gary Gold and was appointed the director of rugby two months later.

Under the 68-year-old's guidance, Worcester Warriors went on to gain a promotion to the Premiership, a record-equalling nine Premiership wins, a place in the European Challenge Cup quarter-finals and the Premiership Rugby Cup semi-finals this season.

The news also comes a day after co-owner Jed McCrory announced his decision to step down from his role with the Premiership club.

“I am honoured to be afforded the privilege of being part of Warriors’ continuing journey and look forward to working with Colin and Jason and all concerned to realise our vision for the club,” Solomons said.

“Jason Whittingham and I both think Alan has done a great job of managing the team and rugby department since starting at Warriors,” said Goldring.

“We both support his vision and plan to achieve a sustainable top flight team with the Three Pears Warriors Academy at its core, supported by top-class talented and experienced players.

“We are delighted that Alan has signed his contract extension which ensures continuity and stability.”

Solomons has previously worked as coach of Western Province, Stormers, Barbarians, Northampton Saints and Edinburgh apart from being the assistant coach of South Africa between 1997 and 2000. He also held the Director of Rugby post for Southern Kings in 2013.