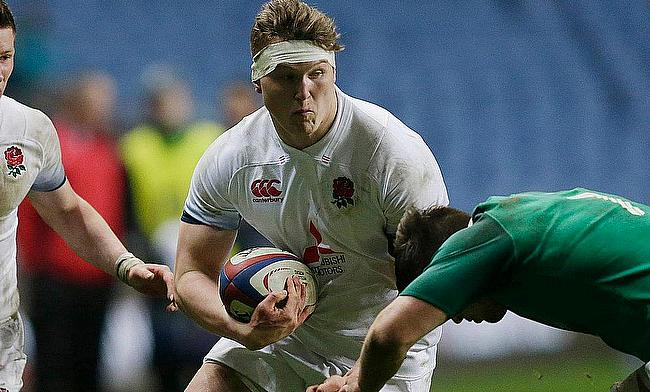 Ted Hill, who missed out on a place in the semi-final, returns to the Worcester starting XV
©PA

Worcester Warriors academy coach Jonny Goodridge has been true to his word.

Last week, he hinted that the Midlands outfit would bring out some of their big guns for Tuesday's Premiership Rugby Cup final with London Irish and the Warriors are leaving no stone unturned ahead of their visit to the Brentford Community Stadium.

One of the stars of their semi-final victory over Gloucester, Duhan van der Merwe, has returned from injury to be named in the starting XV whilst skipper Ted Hill has moved to number eight in place of Matt Kvesic who slots in at flanker.

Scotland international Rory Sutherland is on the bench and joins centre Ollie Lawerence in the matchday squad as Worcester target their first piece of silverware since 2015.

"You saw with our semi-final selection that we went a bit stronger there," said Goodridge.

"It will be much of the same for the final, a mix of youth and experience but because we don't play for another three weeks after Tuesday and the fact we have a full squad to choose from, that will no doubt affect the selection.

"We have a clean bill of health across the squad at the moment.

"There are one or two long term injuries but we had well over two playing sides training today (Friday) so we have got a great group to choose from."

As Goodridge alludes to, following Tuesday night's final, Worcester's next fixture is their last Gallagher Premiership game of the season against Bath at Sixways on June 4th so the Warriors are using all the tools at their disposal to end their seven-year wait for a trophy.

"A lot of the younger guys are local guys, they have come through the academy anyway so they know the history of the club," Goodridge continued.

"The guys that have been here for a longer time have instilled into the younger ones how big of an occasion this is for the club, but you don't need to hype it up too much, it's a cup final at the end of the day and everybody is incredibly excited.

"Look, it's our first final in seven years and also our first domestic final as a top-flight club so it's a really exciting occasion, not just for the players and playing staff, but the whole club, our supporters and administrative staff too.

"There are five coach-loads of supporters going down plus two more for staff and I'm sure that a lot of supporters will also be making their own way there so we should be well supported - as we were for the semi-final at Gloucester - and it's going to be a fantastic occasion."

As for London Irish, a lot of the spotlight will be on their exciting full-back Henry Arundell who has not only lit up this competition this season, but he also showed his immense talent in the European Challenge Cup at the beginning of the month.

His stunning try against Toulon sent 'rugby twitter' into meltdown and Goodridge has praised the Irish starlet, who has been included by Eddie Jones in his 36-man England training squad this week.

"You have obviously seen the clips!" Goodridge added. "He was doing the same with the England U20s throughout the season so he has got a lot of pace and a lot of talent. [Stopping him] will come down to our defence being switched on, but you come up against guys like that week in, week out in the Premiership.

"There isn't one team in the Premiership that doesn't have a superstar. It is just a process of making sure our defence is right, all of our kicking policies are right and not giving him or the entire team chances they want."

An amazing 114-yard try from England U20s player @henry_arundell at the weekend in the @ChallengeCup_ ??

Whilst Arundell will want to help an ever-improving Irish side clinch the trophy on Tuesday night, Worcester captain Hill is also hungry to taste some success.

The 23-year-old, who has been capped twice by England, spoke about how tough this season has been for the Warriors - who sit 12th in the Premiership - but also reflected on the challenges he has faced as captain as Worcester continue to be a club in transition after changes in coaching and playing personnel.

"It has been difficult," said Hill. "I have never stopped enjoying it. I have never stopped trying to embrace it and learn from it, but I am not going to lie, it has been tough. You want to lead the team the best way you can. I know it is a team game, but as a captain, sometimes you think 'what more can I do to help the team prepare and be better? I think when that doesn't go right, you are thinking what more can I do?

"We do have great leaders here so it is not just on me in that area. We have great talkers on the pitch, but it has been difficult and now we are hoping to push on towards the end of this season and into next [year] as well.

"It will be amazing [to win it]. Not only do the playing, coaching and support staff deserve this, I think the fans derserve it. It has been a long time coming. It has been a long while since we have been in the mix for some silverware. I think it is great for the whole organisation. If we are to lift the cup, it is a whole team thing. Fingers crossed we can get it done."