Worcester keep up strong start with bonus-point win over Newcastle 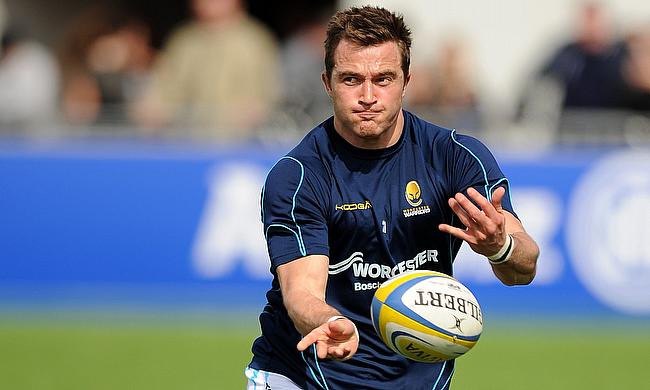 Promoted Worcester kept up their impressive start to the season with a bonus point 28-20 win over Newcastle at Sixways.

The Warriors played some splendid rugby to build up a 28-10 at one point, but their second half performance was lethargic and allowed the visitors to get back into the game.

Newcastle were unable to fully capitalise, though, and they remain pointless after the opening four Premiership games.

Alex Grove scored two tries for Worcester, Chris Pennell and Bruce Heem one each with Tom Heathcote converting all four.

Michael Young and Tom Catterick scored the Newcastle tries. Mike Delany converted both and added a penalty. Catterick also kicked a penalty, which was only the only score of a poor second half.

Worcester included Heem, their new arrival from New Zealand, for his debut on the wing. Val Rapava-Ruskin was given his first league start of the season at prop. Warriors' skipper, GJ van Velze was a late withdrawal with Matt Cox called up to replace him.

Newcastle made five changes from last week's home defeat to Exeter. Simon Hammersley, was absent through injury so Alex Tait switched to full back with Alesana Tuiliagi coming in on the wing. Juan Pablo Socino returned from the World Cup to partner the recalled Chris Harris in the centre with both Rob Vickers and Kane Thompson brought into the pack.

Warriors went ahead after only five minutes with an excellent try from Pennell. Heathcote and Pennell both made half breaks before Heem brushed aside some weak tackling for Pennell to score.

Heathcote converted from the touchline before Newcastle had their first chance for points but Delany's easy penalty attempt rebounded back off a post. However Warriors could not relieve the pressure, which enabled Newcastle to draw level after 15 minutes.

A skilful pass from Young sent Ally Hogg through a gap before the scrum-half got up to take the returning pass and score.

Falcons were on level terms for less than five minutes before the home side had scored their second try. A clever cross-field kick was launched by Heathcote.

Pennell was narrowly first to the ball to neatly send Heem away for the try. Heathcote's conversion gave Worcester a 14-7 lead at the end of the first quarter.

The frenetic opening to the game continued with another three tries before the break. First Heathcote split the visitors' defence to give Grove the opportunity to outpace Giovanbattista Venditti and score.

Delany then kicked a penalty but Worcester had their bonus point in the bag when Grove forced his way over for his second.

With the last movement of the half, Catterick, a replacement for the injured Tait, scored a second for the Falcons. Delany's conversion left the visitors trailing 28-17 at the interval.

After the restart, Worcester made careless errors to allow their opponents back into the game. Catterick reduced the arrears with a penalty but that was the only score of a scrappy third quarter.

Ryan Lamb and Charlie Mulchrone replaced Heathcote and Jonny Arr at half-back as the hosts continued to struggle to regain control. Lamb missed a late penalty but Worcester were still able to hold on for a crucial win.