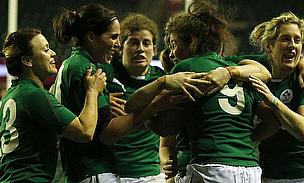 WRWC 2014: England and Ireland through to the Semis
WRWC 2014: The Round 2 Matches
WRWC 2014: Opening Games in France
World Cup glory is on the Horizon according to Alphonsi

The semi finalists are known, the New Zealand team have not made it and the Canadians looked mighty impressive against the English. Against that backdrop, TalkingRugbyUnion wanted to give its readers some insight into how we reached this stage.

The Women’s Rugby World Cup is the pinnacle in Women’s Fifteens Rugby. Ever since its inception in 1991, the tournament has offered the drive for international growth of the women’s game.

France is hosting the 2014 Women’s Rugby World Cup, the seventh edition of the tournament and the sixth to be hosted by Europe. The women’s rugby international tournament is being showcased in Paris and is built on the record breaking tournament held in England in 2010.

The tournament format is the same as it was in the year 2010: 12 teams divided into three pools of four. Matchdays on August 1, 5, 9, and 13; the final is played on the 17th of August, 2014. The pool games for the Women’s World Cup held at the Centre National du Rugby (CNR) in Marcoussis (situated 20 miles south of the capital city).

As per the recommendation from the RWCL - Rugby World Cup Limited Board, the IRB Council (International Rugby Board) has chosen the FFR - Fédération Française de Rugby - as the host Union to sanction a tender that noticeably showed great commitment to delivering a top notch environment for fans and teams as well as an outstanding platform to boost Women’s Rugby not only in France but across the globe.

The FFR has a remarkable experience in hosting some major international rugby tournaments. The success of the Rugby World Cup 2007 makes it evident. With a strong and efficient tournament management, sophisticated infrastructure, world class facilities, and passionate support base for the women’s game, FFR is ideally positioned and has all it needs to host an unforgettable and ultimately a really successful Women’s Rugby World Cup 2014.

The signs are good. Moreover, the IRB is committed towards driving the global growth and development of Women’s Rugby so that more and more nations can compete on a regular basis at a top level and more girls and women can take part and enjoy the sport.

Working in collaboration with the IRB, the FFR is committed towards delivering a tournament that is set to leave a long-term development infrastructure that will boost the growth of the game.

For France, it is a great opportunity to support the ever growing success of the game in the country. About 10,600 female players were registered in 2011 and that is proof for how the game has seen consistent growth and the objective of the FFR is to enhance it even more.

As we turn our sights to the semi finals; be sure to follow TalkingRugbyUnion for all the latest news about Women's rugby.