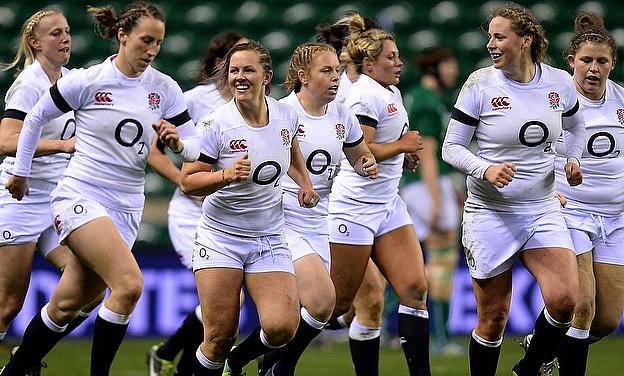 The mid-week matches get underway with a huge with for Ireland against the World Champions, the Black Ferns.

Ireland caused one of the great upsets in Women's Rugby World Cup history as they beat New Zealand 17-14 in Pool B.

The Black Ferns have won the last four tournaments and had not lost a World Cup game since a defeat to the United States in the semi-finals in 1991.

They began reasonably well and led 8-0 courtesy of a Kelly Brazier penalty and Selica Winiata's try but Heather O'Brien's score, which was then converted by Niamh Briggs, cut the deficit to just one point at the break.

Brazier's second penalty extended New Zealand's lead but when Alison Miller went over with Briggs again adding the extras, it was the Irish who led by three.

Another Brazier penalty levelled the scores but Briggs slotted one of her own with 10 minutes remaining and Ireland held on for a famous victory.

The result moved Ireland to the top of Pool B ahead of their final group match against Kazakhstan on Saturday.

"All credit should go to the coaches, the analysis team and the game-plan they gave us," she said on the International Rugby Board women's rugby official Twitter feed.

"It's absolutely wonderful to win against the world champions. Tonight we'll go out and enjoy a beer, then tomorrow we'll start getting ready again for Kazakhstan."

And New Zealand coach Brian Evans said: "We are very disappointed, but fair play to Ireland.

"They outmuscled us, they forced errors, but huge congratulations to them for that.

"Our mistake level was so high and we couldn't execute our game-plan and our ball retention was bad, but we must stay positive.

"I have a lot of respect for the Irish team and coaches. They are top people."

Wales, emphatically beaten by hosts France in their opening game, were no match for an Australian side that ran out 25-3 victors.

Sharni Williams and Tricia Brown scored tries as Australia built a 17-0 interval lead, and Brown then added a second touchdown, with Wales replying through a solitary Robyn Wilkins penalty.

Wales wind up their campaign against South Africa next Saturday, while Australia face a group decider against France.

England made it two from two at the Women's Rugby World Cup in France, beating Spain 45-5 in the Pool A clash.

After a cagey opening England broke the deadlock when a deft grubber through from fly-half Ceri Large bounced perfectly for Wilson to jump on for her third try of the tournament.

Scarratt converted the try from wide, and the Lichfield centre duly added a penalty after 33 minutes.

At 10-0 Spain continued to press, but some dancing feet from Waterman saw her get over the line for her 35th international try.

England went into the break 17-0 up, and started the second half with real pace.

First, Keates rumbled over to score after strong work from the pack before Allan was on hand to finish off a smart team move across the line for 31-0 and the bonus point.

Scarratt converted both with ease and had her sixth successful kick after Packer barged her way over the line for her first try of the World Cup.

With just over 10 minutes to play Spain were rewarded with their first try after a spell of pressure on England's line - Marina Bravo eventually diving over.

But it was England who had the final say. Packer scored her second try after more strong work from the pack and Scarratt rounded off the win with the conversion, her seventh from seven attempts.

England captain Sarah Hunter said: "It was a tough game, we knew that Spain would come at us and cause us problems.

"It was a case of playing in the right areas and hoping that we would get the rewards - and eventually they came.

"Canada up next will be a huge test for us, we'll look at this game and take what we can out of it and then switch attention to that match on Saturday which will be a difficult game as they are an excellent side."

Head coach Street said: "We had a plan going into these first two games - we wanted to give everyone a chance and we wanted to see all 26 players in action.

"I thought that we started quite slowly today but we knew that we would have to be patient, and that proved to be the case. Space eventually came our way and we got ourselves into some good positions."

Street made sure to pay special tribute to his in-form fullback Scarratt.

He added: "It's great to have a kicking option like Emily Scarratt - I've seen a lot of a kicking performances from women over the years, but that was one of the best, if not the best, I've ever seen.

"To get seven from seven in the pressure of a World Cup is a testament to her character.

"Looking ahead to Canada, we have some fresh legs who will come into contention, but there will be some tough calls to make ahead of what promises to be a very difficult game."