WRWC 2014: England and Ireland through to the Semis 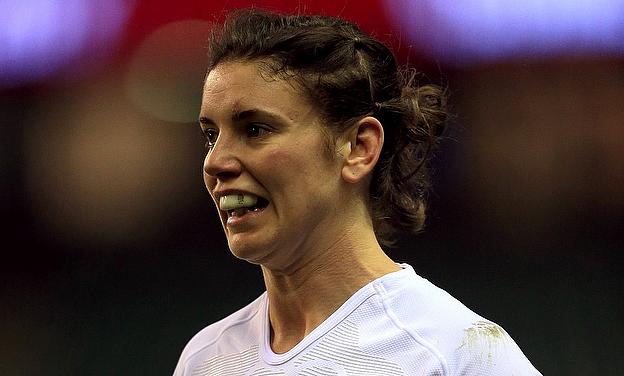 WRWC 2014: The Round 2 Matches
WRWC 2014: Opening Games in France
World Cup glory is on the Horizon according to Alphonsi
Should Women be Allowed to play Men's Grade Rugby?

England and Ireland will face each other in the Semi-FInals of the Women's Rugby World Cup 2014 in France on the 17th August after finishing top of their respective pools.

England advanced to the Women's Rugby World Cup semi-finals on Saturday afternoon following a nail-biting 13-13 draw against Canada in Marcoussis.

The result meant defending champions New Zealand could not now reach the last four, while Canada were left to wait on other results going their way.

An early Scarratt penalty had put Gary Street's side 3-0 up, but Canada hit back and, after a spell of sustained pressure, flanker Karen Paquin barged her way over the line from a well-worked driving maul.

Both sides had chances as the half progressed, most notably England when Ceri Large twice put through good kicks. But Danielle Waterman knocked on just short of the line and then Kat Merchant did likewise in the tackle over the line.

A second Scarratt penalty on the stroke of half-time restored England's lead, however, and they went in 6-5 to the good.

Canada started the second 40 with real intent and put pressure on the English defence, which told after 46 minutes when replacement Kayla Mack pushed her way over to make it 10-6.

England finally touched down for their only try after a spell deep in the Canada 22. After a strong scrum, Hunter was on hand at the base to dot down, and Scarratt's conversion made it 13-10.

Canada wing Magali Harvey slotted home a penalty to make it 13-13 with seven minutes to go but, as the clock ticked past 80, England knew a draw would be enough and scrum-half Natasha Hunt found touch to bring the game to a close.

Hunter said: "It was physical and competitive. We knew that Canada would front up and they definitely brought their game to us.

"We know that we've been in a battle and it was a great game to be involved in. We're delighted to get out of the pool - that's what it was always about.

"We know that we are going to have to improve on today's performance, but we have a few days now and we'll look to recover and switch focus on to the next one."

Ireland through to last four

Ireland advanced to the semi-finals of the Women's Rugby World Cup for the first time in their history with a convincing 40-5 victory over Kazakhstan in Marcoussis.

Having shocked four-time champions New Zealand 17-14 in midweek, the Irish knew another win on Saturday would see them finish top of Pool B with a 100 per cent record.

And they proved too strong for Kazakhstan, who had lost both their opening group games and trailed 14-5 at the interval with debutant Sharon Lynch and Tania Rosser dotting down either side of a Svetlana Karatygina try.

Philip Doyle's side then ran away with the second half, scoring 26 unanswered points including a penalty try plus scores for Siobhan Fleming, Lynch again and Vikki McGinn.

Wales brought the curtain down on their Women's Rugby World Cup campaign with an impressive 35-3 victory over South Africa in Marcoussis.

Defeats in their opening two fixtures meant the Welsh were unable to advance from Pool C, but they at least avoided finishing bottom of the group with a bonus-point victory which included a hat-trick of tries for Sioned Harries.

The teams exchanged early penalties before Wales took a stranglehold on proceedings, with Harries scoring their opening try shortly before the interval and adding two more in the second half.

Jenny Davies also dotted down for the winners while Robyn Wilkins kicked 12 points to leave Wales above South Africa in the group standings.

The WRWC table to date.