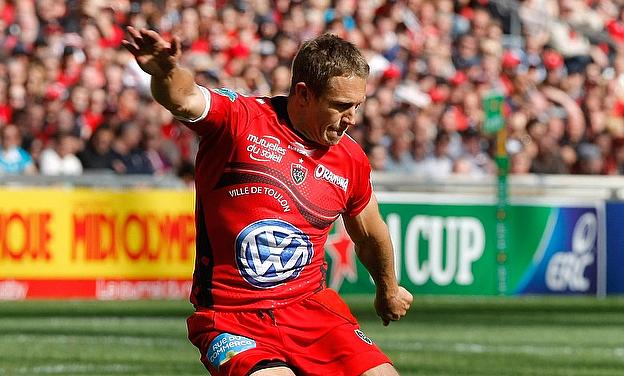 All five of the European Player of the Year nominees come from finalists Toulon and Saracens, with last year’s winner Wilkinson in contention.

Saracens trio of free-running hooker Schalk Brits, hardman flanker Jacques Burger and Chris Ashton – who looks set to return to international action with England this summer after a number of incredible performances in the Heineken Cup.

The London club, who reached the Heineken Cup final with a stunning 46-6 victory over Clermont on Saturday, dominate the five-strong shortlist announced by European Rugby Cup.

Toulon - Saracens' opponents in the final at the Millennium Stadium on May 24 – alongside Wilkinson, in what is almost certain to be his final season, supply Steffon Armitage to complete the line-up that was chosen by media representatives from a long list of 15.

If Toulon are to triumph once again Wilkinson, 34, will emulate Martin Johnson (Leicester Tigers) and Leo Cullen (Leinster) as the men to have captained two or more Heineken Cup-winning teams.

However, English flyer Ashton stands a strong chance of winning the award after scoring a record-breaking 11 tries in this season's Heineken Cup, including two apiece against heavyweights Ulster and Clermont, as he closes in on an England recall.

Armitage has been superb for Toulon to the point where England's policy of only picking players at overseas clubs in exceptional circumstances is being fully tested.

The 2014 winner will be announced shortly after next month's final in Cardiff.