Habana: Stander's Irish Switch is a loss to Boks 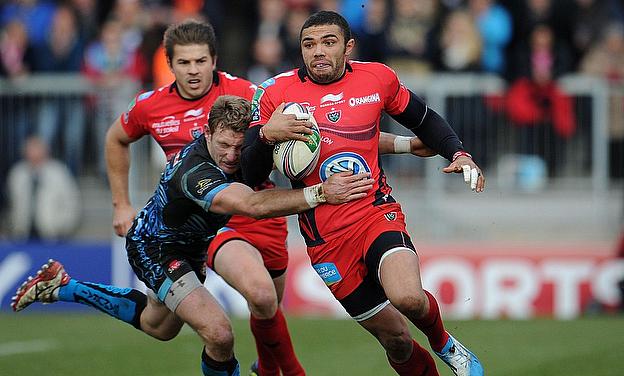 World Cup Winner Bryan Habana has admitted that the change of nationality for Munster’s South African-born flanker CJ Stander is a real “loss” for the Boks, after the news broke that the forward has now qualified to play for Ireland through residency.

After a recent bout of tendinitis that has followed months of hamstring trouble, the flying winger will lock horns with the Stander and his Munster side when the Irish travel to Marseille to face Toulon in the Heineken Cup semi-final on Sunday.

Ahead of the game the 30-year-old Springbok speedster believes European aristocrats Toulon must claim an unprecedented Heineken Cup and French Top 14 double to lay any claim to the title of the world's best club side.

Former South Africa Under-20s captain Stander joined Munster in 2012 and will complete his express intention of qualifying for Ireland through residency next year.

The 24-year-old signed a new two-year Munster deal in January, and has excelled in deputising for injured captain Peter O'Mahony.

"Someone like CJ has used the opportunity to come overseas, and take off from where he left off as a youngster within South Africa, and he has really done well," said Habana.

"It will be a loss but whatever the loss to South Africa it will continue to be Ireland's gain.

"There have been a couple of players who have gone on to represent other countries extremely well, not only in Europe but around the world.

"CJ is a very talented player, he showed a lot of potential and promise as a youngster.

"It was sad to see him leave South Africa, and the Bulls did their utmost to keep him."

"It is a debate that will go on for a very long time," he said.

"We are very fortunate in South Africa to have so many skilled and talented players to choose from.

"There are a lot of unlucky youngsters who have been lost in the system.

"You don't want to see youngsters getting lost in the system, so if there are opportunities for those youngsters to go and achieve international colours elsewhere in the world, it is going to be pretty important. We are going to have to try and get to the whole global season that everyone is talking about.

Habana admitted Toulon's crop of world megastars will not be satisfied winning just one trophy this season.

No French club has ever completed the gruelling Heineken Cup-league double, but Habana believes that is how high Toulon must now aim.

"Toulon have got into the Top14 final twice in the last couple of years and lost both and as special as the Heineken Cup was last year it definitely is a tall ask of any player to go on and win two finals in consecutive weekends," he said.

"But that's the beauty of this game, if you want to be seen as the best in the world.

"If you want to be part of a club that can create history you've got to lay down everything on the line every weekend.

'Doing the double would be something amazing, something historic. "I think everyone at this club would love to be a part of that.

"So we're definitely going to be going all out."

Hamstring troubles ravaged Habana's introduction to life at Toulon after his summer move from the Stormers, also limiting his Springbok ambitions too.

Now though he is aiming for a clean bill of health as the silverware comes into view.

"It's been a pretty frustrating four months, it's been the longest injury break in my career," he said.

"I got back and played 70 minutes two weeks ago, sat out last week with a bit of tendinitis, but I'm feeling good and hopeful along with the Toulon medical staff that I'll be good to go for the weekend."