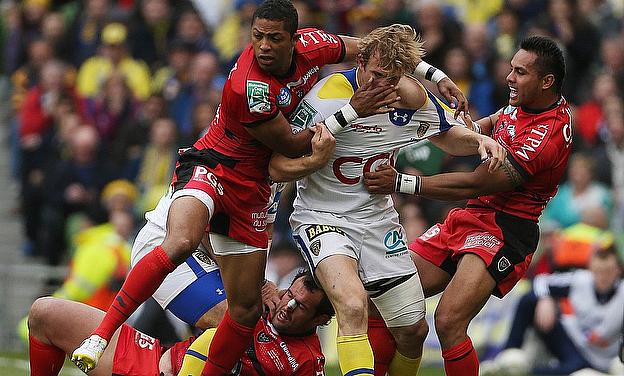 The Heineken Cup is undoubtedly the most prestigious competition in club rugby, in the Northern Hemisphere and now only four teams remain in the quest to be crowned the European Champions. On Sunday afternoon in the no-doubt blissful French sunshine Toulon will face Munster; however, focus is at Twickenham Stadium as Saracens face ASM Clermont Auvergne.

Saracens and Clermont are two teams that know what it is like to play in the knock-out stages of the Heineken Cup; they are experienced at progressing out of the group stages and through the quarter finals; though, neither has ever progressed beyond the final four before.

Saracens have been flying high in both the Aviva Premiership and the Heineken Cup - their journey through the group stages was mostly plain sailing, with the exception of Toulouse and, of course, their dramatic quarter-final match at Ravenhill.  Clermont enjoyed an equally smooth ride through the group stages but, like their opponents, had a hugely challenge quarter final against the Leicester Tigers.

Focusing on the French side first Clermont are currently third in the Top 14 and hold one of the most impressive home records of all-time under their belts. As is the case with every French side, though, their away form is ‘patchy’ in the domestic competition. However, on the other hand in the Heineken Cup they have a tendency to remain fairly strong wherever they play.

This week Vern Cotter was described as ‘a great leader of men’ and it would certainly be a fitting goodbye gift for Les Jaunards to give him the Heineken Cup. On the pitch Morgan Parra is a key asset at scrum-half as he provides the lightning-quick ball that unleashes their ‘wonder men': Wesley Fofana, Sitiveni Sivivatu and Naipolioni Nalaga. All three have the phenomenal ability to create something out of absolutely nothing and fool even the best organised defensive lines.

Saracens also have their own threats out wide – Chris Ashton’s Heineken Cup form has been strong and he is the tournament’s leading try scorer and, also, on the other wing David Strettle adds experience and flair in equal measure to the side. However, McCall’s side are best known for their forwards led by Captain Steve Borthwick and his personal match up with Nathan Hines will be scintillating to watch.

Saracens’ physicality and their ‘Wolfpack’ are a sight to behold: Jacques Burger, the Vunipola brothers and the vastly experienced and enigmatic Schalk Brits will throw absolutely everything at Clermont and with the likes of Bonnaire, Cudmore, Hines and Domingo running at them, expect the hits to be heard back in France.

The London side do have a fully-fit squad to pick from – it has been confirmed that Owen Farrell has overcome his recent foot injury and, given the fact that they rested most of their key men in the Aviva Premiership last weekend, they should all be extremely fresh this weekend.

It remains to be seen whether Clermont’s captain Aurélien Rougerie will be fit in time to run out at the weekend due to an inflamed hamstring; if he does not it undoubtedly be a huge blow to Cotter’s side.

There is no doubt that if this weekend’s game was being played at the Stade de Marcel Michelin it would be easy to pick the result; however, on the hallowed turf at Twickenham Stadium the result is much more difficult to call.

Both these sides have a huge amount of pride at stake and on Saturday afternoon at 3.40pm the most colossal battle of wills will begin and after eighty minutes of electric rugby one will progress into the unknown, whilst the other will leave the competition empty handed; once again labelled as the ‘nearly men’.