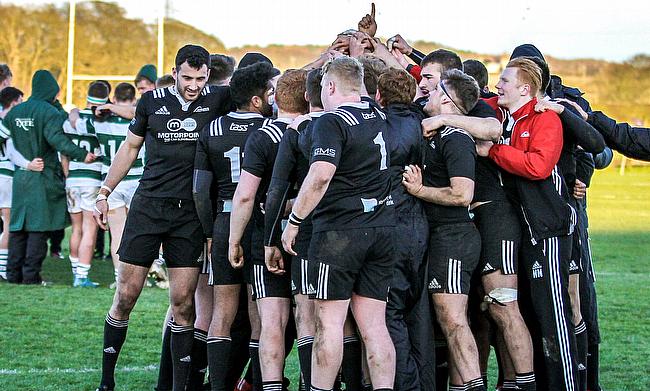 Back in March, shortly after one of their most successful domestic campaigns in recent times, Northumbria made it to the semi-finals of university rugby’s elite competition; BUCS Super Rugby.

To say they were the surprise package last term would be an understatement after finishing sixth in 2016/17 with just four wins to their name.

However, a year on and Northumbria were in the thick of a title race; finishing the season in second place with a platform to build upon heading into the 2018/19 term.

It can be argued that rugby is one of the strongest university sports across the UK and having spoken to numerous coaches and players, the popular opinion is that BUCS Super Rugby has had a positive influence on the game.

The league was introduced two years ago and brought together some of the top Men’s sides to increase the competitiveness even further at university level.

The traditional ‘Twickenham Finals’ day for both the Men’s and Women’s game still remains and in terms of Northumbria, rugby seems to be moving in the right direction.

So, the story released on BBC News last week regarding Northumbria axing all seven of its national league sports as well as some teams from BUCS programmes did come as a shock.

Currently, the proposals do not include rugby, but considering the likes of volleyball, which was one of Team Northumbria’s “most successful clubs of recent times” has been pulled, it does raise the question about some of their other flourishing sports.

For me, BUCS rugby firmly falls under that ‘flourishing’ category. As mentioned above, the Men’s side are very much in the BUCS Super Rugby bubble and they are starting to reap the rewards.

Matches televised on satellite channel ‘FreeSports’ plus regular streams on YouTube is helping increase Northumbria’s profile, but also, it is allowing their players to shine.

Northumbria were quite clearly a talented side last year and since the conclusion of the BUCS rugby season, a number of their recent graduates have taken their next steps in the game.

Flying winger Will Muir is set to make his World Cup debut with England Sevens over in America this coming weekend while Jake Ellwood is beginning his senior rugby career with ambitious Championship outfit Ealing Trailfinders.

Over the last two seasons, seven players have gone on to secure professional contracts from Northumbria - alongside gaining a degree - which highlights why BUCS programmes are so beneficial for students who want to combine a high-class education, but also pursue a career in sport.

Northumbria Head of Rugby Darren Fearn recently tweeted his praise for BUCS Super Rugby and also said there was ‘much more to come from Northumbria.’

Two seasons ago this video was made, “Development” was the theme both on & off the field. With 7 players over the last 2 seasons contracted professionally & players surpassing expectations academically, we are on the right track, much more to come... ????https://t.co/WQkhHP0Aes

In terms of the Women’s game, Northumbria reached a Twickenham final two years ago but their side last season contained some talented individuals including Georgia Cutt and Yasmin Copeland who recently represented Yorkshire at England HQ.

Even though Northumbria weren’t in this year’s BUCS Final, the women’s game at university level continues to grow. International stars such as BUCS Championship winners Lagi Tuima and Hollie Cunningham, Hartpury’s Kelly Smith and Ellie Kildunne as well as Edinburgh’s Rhona Lloyd, to name a few, have all been balancing their studies with playing rugby at the highest level, which again, highlights the importance of university rugby programmes.

Varsity events are another way in which players can benefit massively from exposure in front of bumper crowds. Headingly Stadium is the venue for Leeds’ Varsity whilst Northumbria and Newcastle University went head-to-head at Newcastle United’s St James’ Park before the Premiership clash between Newcastle Falcons and Northampton Saints back in March.

Those links with professional sports clubs for occasions like Varsity only help enhance BUCS rugby. In terms of BUCS Super Rugby, the majority of teams are connected with either Premiership or Championship outfits and that link helps with player development and offers them yet another route into the game.

It is not just at the top tier where clubs are forming relationships, though. Manchester Met University are involved with Sale Sharks and under the leadership of Rob Jones, they have a thriving rugby programme which is evident after their Men’s side achieved a double winning campaign in 2017/18.

University Rugby is certainly not in a bad place. Teams are exercising their resources and continuing to reach new heights while the players involved are being given the opportunity to open new doors.

Northumbria have said they want to focus on “participation rather than performance” and you can fully understand their viewpoint, but they did say they remain “committed to compete at the highest level” and with university rugby, hopefully they will continue to back it.