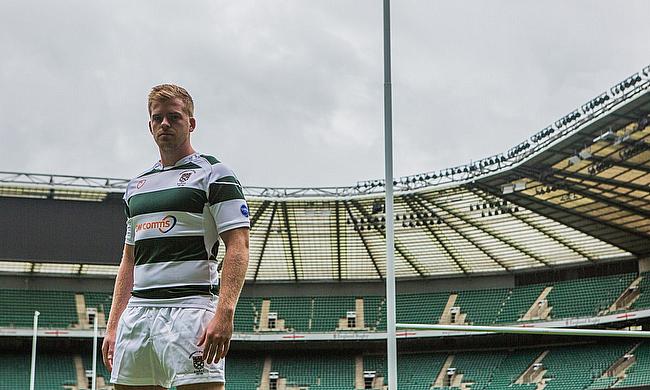 Alex Dombrandt: My time at Cardiff Met made ‘perfect’ move to Harlequins happen
Hartpury go fourth but Beckett respond
Tom Lawday on the benefits of BUCS Super Rugby and why it helped him on his way to Exeter Chiefs
Weather hits Northumbria’s title bid, but Exeter shine through to go top

The University of Exeter were crowned BUCS Super Rugby champions after Northumbria were beaten 33-30 by Leeds Beckett on Wednesday.

Northumbria had to avoid a loss at West Park Leeds RUFC to clinch the title, but they failed to come out on top in a dramatic encounter meaning Exeter have won the league championship.

As for Beckett, their victory secured them a home tie against Hartpury in the quarter-finals of the BUCS Championship while elsewhere; Nottingham Trent University will carry some momentum into the knockouts after a second successive win against Durham University.

Below is all the BUCS Super Rugby news plus a round-up of the latest league and cup action.

Northumbria University fell to their second loss in two matches as defeat to Leeds Beckett saw the University of Exeter secure the BUCS Super Rugby title.

Darren Fearn’s men needed to avoid defeat to become league champions, but they were narrowly beaten by a Beckett side that clinched fourth place in the table.

The hosts led this crucial contest 19-8 at half-time and after both sides had exchanged scores at the start of the second period, the game was turned on its head when Ed Coulson completed his hat-trick and Aedan Moloney also crossed.

With a lead of four points heading into the final 10 minutes, the destination of the title was edging towards the North East, but a James Elliot score broke Northumbria hearts as he barged over to snatch the win for Beckett and hand Exeter the championship.

Tough to take last night, we obviously wanted to win the league & have had opportunities to do so, congrats @ExeterUniRFC on winning the title.

Northumbria will now face the winner of the University of Bath v Cardiff University in the quarter-finals of the BUCS Championship while Leeds Beckett sealed a home tie in the last eight against current holders Hartpury.

“We are pretty devastated,” Northumbria Director of Rugby Darren Fearn said. “At the same time, it is a weird one because I think some of us still feel pride.

“There are quite a few emotions running through me, but we wanted to win the title so I am gutted. Congratulations to Exeter for winning it.”

Northumbria's hopes of lifting the title became clearer two weeks ago as Exeter’s pulsating win over Cardiff Met simply meant a victory in Leeds would guarantee them the championship.

However, it was the hosts who began at pace as Connor Lloyd landed three penalties in the opening 25 minutes, but Fearn’s men reacted as they have done on so many occasions this season.

England Students’ Will Muir cut a superb line to dart past the Beckett defence to open the scoring for Northumbria before both sides exchanged penalties.

But, it was Beckett who had daylight at half-time as the hosts utilised Steff James who smashed his way over to give his side an 11-point advantage.

After beginning the first 40 on the front foot, Beckett found themselves down to 14 men at the start of the second half as Stu Nel was sin-binned for a high tackle and Northumbria quickly took advantage of the dismissal as Coulson went over for his his first try.

Harry Robinson did keep Beckett in control as he dotted down in the corner, but Northumbria then went into the ascendency.

Clock goes deep into the red but our boys hang on for a vital victory. #BUCSSuperRugby #itsexciting #UTB

Coulson grabbed his brace and Moloney scooted over to give the visitors a 30-26 lead, but there was to be one final twist as Elliot snuck over the line to seal a second win on the bounce for Beckett and end Northumbria’s dream.

Nottingham Trent University backed up their maiden win in BUCS Super Rugby with their second victory on the spin as they beat Durham University.

Durham flew out of the blocks to score the first try of the afternoon, but Trent responded thanks to Cecil McCarthy and Alex Goble to make it 10-7 at the break.

Shortly after the restart, Goble went over for his second try of the day, before Trent capped off this clash when David Williams intercepted and touched down.

Both of these sides will meet again in the BUCS Championship last 16 on Tuesday, March 20th.

Also in the round of 16 will be Cardiff University. Their 28-17 victory against Newcastle University in the BUCS Super Rugby Promotion Play-Off second leg – (87-34 on aggregate) - means the Welsh outfit will be competing in the Championship and more importantly, they have also obtained a place in university rugby’s top division for next season.

North A champions Durham 2nds will have the chance to make it a league and cup double this season after progressing to the final of the BUCS Vase. Ben Woods’ side clinched the domestic title last month, but after beating USW 54-19 at Maiden Castle on Wednesday, they now have the opportunity to lift another piece of silverware.

Their opponents in Wednesday’s final will be South A runners-up Hartpury 2nds who comfortably beat the University of Nottingham 39-0.

Leeds Beckett 2nds failed to move a step closer to the North B title as they fell to a 23-22 defeat against Durham 3rds. It means Beckett and rivals the University of Glasgow sit level on points at the summit of this division with two games left in their campaigns.

The University of Sheffield have won the Northern 1A championship after a commanding 52-3 victory over neighbours Sheffield Hallam University. Their 40-5 win over rivals Durham 4ths on March 9th moved them a step closer, but following Newcastle 2nds 29-21 defeat at home to the University of Liverpool, the title was confirmed in the Steel City.

A bonus-point win for Manchester Metropolitan University against Bangor University was enough for Rob Jones’ side to win the Northern 2A title. The North-West side missed out on the championship last season, but Man Met have now won the league and cup double.

Their job was almost done on March 12th following their 114-0 thrashing of Liverpool 2nds and despite Keele University’s 48-0 win away at UCLAN, Man Met were able to seal the tile. Elsewhere in this division, Lancaster University beat the aforementioned Liverpool 39-17 on Wednesday.

In Northern 2B, Northumbria 2nds edged closer to winning the title after a 54-12 win over Sheffield 2nds while Leeds 2nds beat the University of York 22-20.

In Northern 3A, Liverpool John Moores University are up to third in the table following a 31-24 win away at Manchester 3rds and Manchester 2nds made it nine wins from 10 domestic fixtures as they beat Edge Hill University 29-24.

Northern 3B leaders Leeds Beckett 4ths cruised to a 44-10 victory over Leeds 3rds while York 2nds thrashed Sheffield Hallam 2nds 55-7 and in Midlands 2A, runners-up Nottingham Trent 3rds ended the season on a high with a 30-23 win over Warwick 2nds.