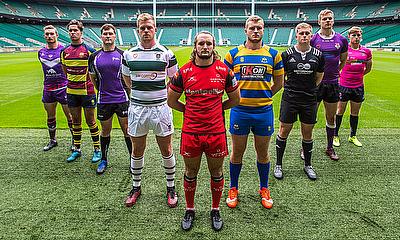 With Northumbria University's match against Leeds Beckett postponed, can the University of Exeter seize the initiative?

Rewind to September and the new BUCS Super Rugby season was about to begin.

Now we are entering the business end of the competition and with just one round of league matches to come, the destination of the title is yet to be decided.

The race for top spot has gone down to the wire and it will be either Northumbria University or the University of Exeter who will be celebrating the championship.

Northumbria are currently two points clear of Exeter and head coach Darren Fearn has been delighted by the progress of his side this term.

??| What a week of #BUCSSuperRugby action we have in store for you ??

Northumbria have certainly been one of the surprise packages this season. Not many followers of university rugby would have tipped the North East side to challenge for the title after a sixth placed finish last year.

But, they have been mightily impressive throughout the campaign and they are in pole position to clinch the BUCS Super Rugby title despite not being in action this Wednesday.

“I am massively chuffed with how things have gone,” Fearn said. “We have guaranteed ourselves a top two finish so in regards to the season; there have been a lot of positives.

“To be honest, it has been a steady progression for us this year because we have had pretty much the same group of lads as we had last year.

“They are all much more experienced this season and that shows with how we have performed up to now.

“But, the thing with this league is that we have got a massive game coming up and then you have the knockouts so there is so much more for us still to play for. It is important that we keep on track.”

Northumbria did have the chance to be crowned champions last week, but defeat away at Durham University denied them of that opportunity. Fearn has warned that his side cannot look too far ahead of themselves with vital matches coming thick and fast as Twickenham edges closer

?? Also postponed tomorrow due to the weather forecast:

Rearrangement dates will be confirmed ASAP.

“Durham played well last week, but we made some costly errors at key times,” Fearn added.

“We didn’t have that mind-set to be more ruthless and at times we let Durham off the hook. The lads will hopefully not make those mistakes again because they know the consequences of it.

“We try to think that the Leeds game is just another game, but we know full well that it isn’t because there is so much to play for.

“We have confirmed our place in the quarter-final which will be at home and I know it is cliché but our last two performances against Nottingham Trent and Durham show that we cannot afford to look too far ahead because if we are not concentrating on what is in front of us, then we will get caught out.”

Northumbria’s clash with Leeds Beckett was called off on Tuesday due to the 'Beast from the East' so they will have a clear idea of what is expected of them when the fixture is rearranged because Exeter’s match with Loughborough is still going ahead.

Keith Fleming’s side are once again on course to make it to a Twickenham final after sealing a top four finish, but first and foremost, Exeter will be hoping to be crowned league champions.

Last week, Exeter’s title ambitions were dealt a major blow after they lost away at Cardiff Met and Fleming admits his squad must retain their focus when they face Loughborough rather than hoping for favours later on in the day.

“We are improving as each week passes by, but it is a tough league and there are no easy games,” Fleming said.

“Our performance against a very good Cardiff Met side was disappointing because we had the game well within our grasp and we didn’t close it out.

“We have to focus on our own performance against Loughborough this week. If we get that right, then the scoreboard will look after itself and whatever happens elsewhere is going to happen.

“I am not looking for another side to do us a favour because it doesn’t work like that! All we have control over is our display. We have slipped up two or three times which has cost us and we have got to learn lessons from that.”

Exeter will also be bidding for a home quarter-final in the knockout stages and Fleming’s side will keen to make another Twickenham appearance after losing to Hartpury in last year’s final.

He added: “After last season, I lost 14 players and it is just the nature of the beast. The way we have got things down here means we don’t suffer that knee jerk reaction. You know you are going to lose a similar number again so it is important we have good strength in depth.

“In that sense, we have done well to continue our improvement this season. I think every side is out to win the competition and your aim has to be to reach Twickenham otherwise you are undercooking yourselves.

“That is the expectation to have, but for now, we are concentrated on getting our performance right on Wednesday.”