Who's Your World XV of the Year? 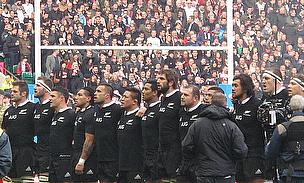 How many All Blacks would be in your World XV?
©TRU

Our All Blacks Expert Picks A Team To Beat Them

With the calendar year drawing to a close we at Talking Rugby Union wanted to know who ‘your’ World XV of 2013 is.

Who has dazzled you with skill this year? Or stunned you with power and pace? Who have been your best players of 2013? After an enthralling year of international rugby, there’s plenty to choose from…

The 2013 international rugby calendar, as ever, began with the Northern hemisphere’s showcase event – the Six Nations.

After an incredible victory over New Zealand in the previous November, England looked to be strong contenders for the Championship along with reigning Champions Wales, and true to form it was the two sides who locked horns in the final game of the competition, level on points, who fought it out for the title.

On the day it was the Welsh who emerged victorious, as they overpowered the men in white and put a number of players forward for starting spots in the ever-looming summer Lions tour of Australia.

The Tour proved to be a resounding success for the northern hemisphere as the Lions won the series by two victories to one.

However, in the southern hemisphere, as ever, the All Blacks have dominated on both the Rugby Championship and world stage.

The All Blacks capped off a brilliant season with a 30-22 victory over England at Twickenham just two weeks ago, making them the only side in the professional era to win every test match in a calendar year.

New Zealand were convincing winners of 2013 Rugby Championship, also, as they finished the competition undefeated with double wins over Australia, Argentina and most importantly South Africa.

South Africa proved to be the biggest challenge, showing some impressive form of their own as they pushed New Zealand right to the wire.

So, after such a plethora of great rugby in 2013, who is in your World XV of the year?

Will your team, like most, be dominated by the power and strength of the southern hemisphere? Who from the north can compete in a World XV?

We at Talking Rugby Union can’t wait to hear your thoughts and your selections.

Reasons for my selections:

Back Three- has the ability to diffuse high ball bombs, has pace and vision. It has counter attack ability. All three are experienced and have had a stellar year. Le Roux, who was the Springbok find of the year, has been a mercurial player who has quite the ingenuity.

Centres- are two experienced campaigners. The finest in the world. They provide great defence, creativity and physicality. Both good communicators and have the ability. Jean de Villiers will also assume the captaincy role after fine work for both South Africa and the Stormers.

Flyhalf- this was tough, no real consistent performer. Steyn had a decent Championship. Who will forget that bum on Brodie? Barrett stepped up when Carter was smashed by du Plessis, controlled the test well, and showed class in scoring their fourth try against South Africa. I chose Cruden, was superb in the Super Rugby and was instrumental in the Blacks winning the Rugby Championship.

Scrumhalf- Will Genia has had a tough season. Despite brilliance in creating a world class try for Israel Folau. Aaron Smith and Fourie du preez have taken the laurels. Smith edging du Preez who came to invigorate the Boks. A crisp left and right pass. An improving kicking game and the cog to an All Black machine.

Loose forwards- A balance. The best skill set you can ask for in the trio. They have great technical ability, link up play with the backs is supreme and when the hard yards are required they can put them in. “Ferocious on defence, dominant at the breakdown and mesmerising on attack.”

Locks- young, energetic and hungry. There is a new generation of rivalries and brilliance coming up. Etzebeth has the physical aura that Botha held, while developing an aerial threat in the lineout as well. Similar to Whitelock who has also made the All Black no 5 jumper his own.

Front row- I tried to combine the Argentineans and Springbok front row. They have managed to destroy all the scrums they have met. Bismarck is the best hooker in the world. Beast is quality, and will do the job better than most in the world. Figallo was the pillar for the Argentina side.