Wales head coach Wayne Pivac: “The Six Nations is where we are going to be measured” 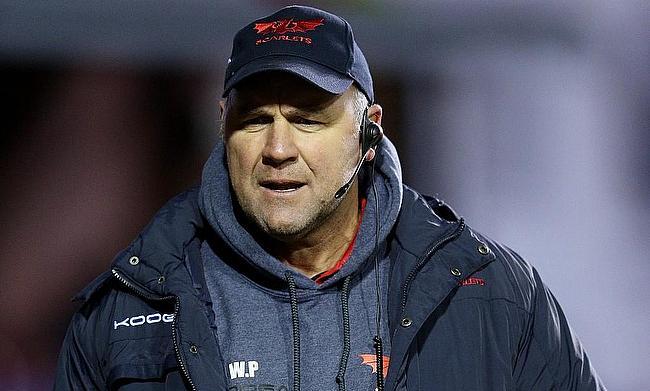 Wayne Pivac and Wales only managed three wins in 2020
©PA

“Keep telling them how good they are.”

Those were Eddie Jones's words during last week’s virtual Six Nations launch as the talk around the title favourites went up a notch.

The England head coach's comments were in reference to an exciting France side, and Les Bleus are arguably the defending champions’ main rivals for the crown this year.

The buzz around the two teams will continue throughout the tournament, but there is a different kind of spotlight on one of their fellow competitors.

For Wales, their woes in 2020 were a strong theme during Wayne Pivac’s media duties on Friday afternoon as he and his players aim to put a difficult 12 months behind them.

It wasn't the traditional Six Nations launch we are used to, but there was plenty of passion and sporting rivalry on show ahead of the 2021 Championships...#GuinnessSixNations https://t.co/1UqZCkaew5 pic.twitter.com/1g7Nc1WtbV

The handing over of the baton from Warren Gatland to the former Scarlets head coach hasn’t been smooth - with a global pandemic not helping matters - but when Wales were able to take to the field in the Six Nations and the inaugural Autumn Nations Cup, positive results on the pitch were few and far between.

Just three wins from 10 Test matches attributed to a disappointing fifth-place finish in last year’s Six Nations so has the pressure slightly increased on Pivac to turn things around?

“For us, the first two tournaments were always going to be a bit of change,” Pivac said. “I think we have parked that and everybody realises now that the Six Nations is where we are going to be measured in a lot of areas.

“For us, it was about having a look at those first two campaigns and coming up with a side that we believe is good enough to win on a given day.”

In terms of Pivac's starting XV for Wales' Six Nations opener against Ireland, the standout news is that Dan Lydiate will make his first Test appearance since 2018.

His last match came against Australia at the Principality Stadium and the Ospreys forward will make his comeback in a side which contains a staggering 874 caps.

A large portion of those are owned by captain Alun-Wyn Jones who will play his first match since injuring his knee in the Autumn Nations Cup.

The Ospreys theme continues in the backs as George North, who will make his 99th appearance for his country this weekend, partners Johnny Williams in the centres with Jonathan Davies out injured.

With North not operating on the wing, Louis-Rees Zammit and Hallam Amos will be on either flank, with the latter gaining an opportunity at Josh Adams’ expense.

“He [Dan] is a form player in club rugby,” Pivac said. “He has come into the camp and trained very well. He deserves a start in our opinion. He is going to bring a lot of experience. He is a hard-nosed player and I think he is what we need in round one.

"George [North] has ran there [trained at outside centre] for the last two weeks, so that has been our plan with Jonathan Davies’ injury which he picked up in club rugby. George did it in the Italian game [during the autumn] and we thought he did well so he is comfortable at 13 and we are comfortable with him there.”

On Amos, Pivac continued: “It was a straight swap. We intended on starting Josh on the wing and obviously it was well publicised in the week that that won’t be happening so rather than pushing George back to the wing, we just wanted to make one change and that was Hallam coming in.

“He obviously was called back into the squad and he was happy with that. It was named without him in it and within 24 hours, he is starting so it is a good lesson to players about preparation! Both Louis and Hallam are looking forward to the challenge.”

Elsewhere in the starting XV, Ken Owens returns after missing the autumn Tests with a shoulder injury. The 77-times capped hooker, along with his teammates, will be hoping to arrest a run of four straight defeats against Ireland this weekend.

With their only victories coming against Italy (twice) and Georgia in 2020, the Scarlets forward is keen for Wales to have a positive Six Nations campaign.

“There will be external pressure because obviously the results haven’t been there over the last year that is expected from the Welsh national squad,” said Owens who was part of the 2019 Grand Slam winning side.

“We put as much pressure on ourselves internally, though, to perform at the level and to deliver. We are under no illusions that we need to get results because we are playing in the Six Nations.

“We are a very proud nation with a good record in this competition and we want to be right up at the top of that table because we were frustrated with where we finished last year. We put that pressure on us to get results because we want to be winning things as players. I don’t think we are too far away, but we will know a lot more come Sunday. It is time for us to turn up and perform.”

Fly-half Dan Biggar also echoed Owens’ thoughts. The Northampton Saints No.10 will make his 88th appearance for Wales on Sunday and this week, his nation has come in for some criticism from across the Irish Sea.

Strong opinions from former players such as Stephen Ferris might have ruffled a few feathers in the Welsh camp, but Biggar revealed the team haven’t been paying too much attention to the outside noise.

He added: “Everyone is initialled to their opinion. From the experience we have got in the squad now, I think we have seen it all before anyway and there is no real pressure we feel from anyone else.

“It is really easy to give you a stock answer and say that we are looking after ourselves, but that really is the case. There has been loads of hype about different Irish ex-players speaking in the press this week, and that is fine, but a lot of them haven’t played the game for a long time and the game moves differently.

“I am sure all those players who have made those comments had a couple of tough days at the office when they were playing, so we are hoping to just do our talking on the field on Sunday.”