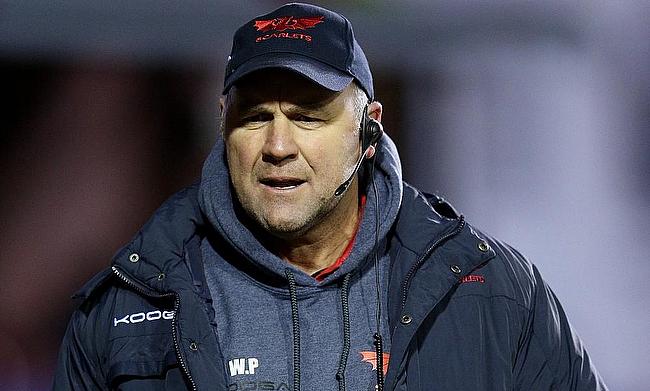 Wales finished fifth in the Six Nations in 2022
©PA

Wales head coach Wayne Pivac is hoping his side can put a disappointing Six Nations behind them as they prepare for the "ultimate challenge" against South Africa.

Having become the first team since 2015 to lose to Italy in the Six Nations, that defeat condemned Wales to a fifth place finish in this year's championship and now they face three Tests against the Springboks, starting in Pretoria on July 2nd.

"We want to achieve success on the tour and success means winning games of rugby," said Pivac. "If we win one, two or three, that would be a success compared to what has happened in the past because we haven't won away [v South Africa].

"We are playing the world champions in their backyard, at altitude in the first two Tests, in front of their own crowd for the first time since winning the World Cup so they will be heavily motivated.

"In Test rugby, you want the ultimate challenge as a player and as coaches and this is probably the ultimate challenge, South Africa at altitude, coming off the back of our Six Nations and where they are at with their game so a big challenge. I have got to say, the boys are working really hard and I think we will be a step up from where we were in our last match."

Pivac revealed the squad had a live "hit out" last Friday as they look to raise the intensity levels ahead of their tour to the southern hemisphere and it was confirmed today that the Wales boss has also added another player to his travelling party with uncapped Scarlets prop Harri O'Connor coming into camp.

It means Pivac will now be taking 34 players with him to South Africa and he explained his decision to bring O'Connor into his plans: "Tomas Francis just picked up a niggle in his back. It has been a bit of a problem for him on and off this season so we are just treating that with care.

"It is a precautionary measure to make sure we have got the numbers we need for training and we can prepare as well as we need to. We expect him to be fully fit for the first Test.

"He [O'Connor] is one of a number of young players across the positions in the game that we are keeping an eye on. I have spoken to the guys at the Scarlets and they speak very highly of him in terms of where he is at with his game currently and where he can get to in the future so he is one that we think will benefit by being part of this trip.

"It is always a concern if things don't go well, but there is also an opportunity for young players to learn a hell of a lot and grow. There is no better learning than going up against the best in the world in any sport and at the moment, you'd have to say the South African scrum has probably shown that it has consistently been the best in the world.

"Their lineout drive is superb. Their forward play is probably second to none, really. They are not world champions for nothing. They are very, very good at what they do. If you are a young guy going on tour and coming up against that, you are going to learn a lot."

In terms of other injury news, Pivac revealed he is pleased with "where the squad is at" with the likes of Josh Adams, Tomos Williams and Dan Biggar aiming to be fit and ready for the three-Test series.

“He’s [Biggar] had a good break and his medical team has done a good job with him," added Pivac when asked about the Welsh skipper, who came off early in Northampton Saints' Premiership semi-final meeting with Leicester Tigers. "The reports to us have been virtually daily from Dan himself. He’s in good spirits and he’ll be fine to go."