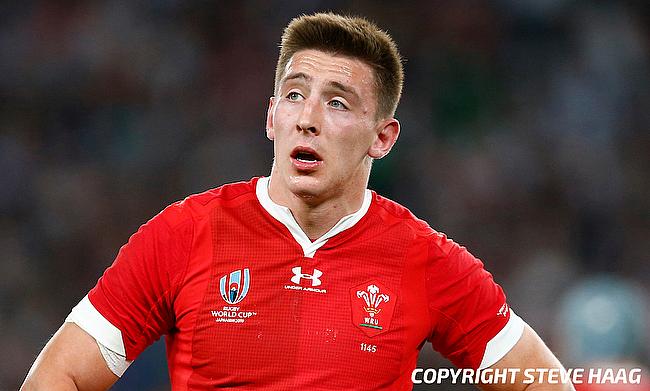 Italy managed to end a 36-game losing streak as they edged out Wales with a one-point margin in the final round of the Six Nations at Principality Stadium on Saturday.

The last win for Italy came in 2015 when they defeated Scotland but the latest result will give them a lot of confidence as they registered their first victory on Welsh soil while also ending a 16-game losing streak against them.

Despite the win, Italy will finish at the bottom of the table with four points while Wales, who were the winners in 2021 will end their disappointing campaign at fifth with seven points.

The game also marked 100th Test appearance for Dan Biggar while Alun Wyn Jones, who made a recovery from an injury played his 150th game for Wales.

As Wales were penalised for entering a ruck illegally, Italy got an opportunity to kick a penalty goal which Paolo Garbisi kicked to perfection in the 12th minute to make it 0-3 and the scores were doubled in the 16th minute as Edoardo Padovani kicked a long-range three-pointer.

The response from Wales came around the half-hour mark as Owen Watkin touched down in the 28th minute after good work from Louis Rees-Zammit and Josh Adams while Biggar kicked the conversion to make it 7-6 but the lead was short-lived as the home side entered the ruck illegally for the second time and Garbisi kicked his second penalty goal.

With six minutes left before the break, Pettinelli hauls down McNicholl and Nicotera gets over the ball to win Italy another penalty and Padovani with his long-range kick ensured the visitors completed the opening half with a 7-12.

Italy came out attacking early in the second half but Adams with a brilliant defence effort denied their opening try in the 46th minute and two minutes later Biggar kicked the ball to the corner after Gareth Davies was penalised for a high ball.

The 52nd minute saw Wales clawing their way back into the game as Dewi Lake dived over at the back of a line out and Biggar's conversion made it 14-12 before Garbisi with his third penalty kick in the 56th minute made the scoreline 14-15.

With 11 minutes left in the game, Wales made a strong statement as Moriarty offload puts Jones through the middle before Adams worked his way over with swift move to crossover and Biggar's conversion made it 21-15. Just as it looked like Italy were slipping to another defeat Padovani and Garbisi combined to send the former over the line as they sealed a 21-22 victory.