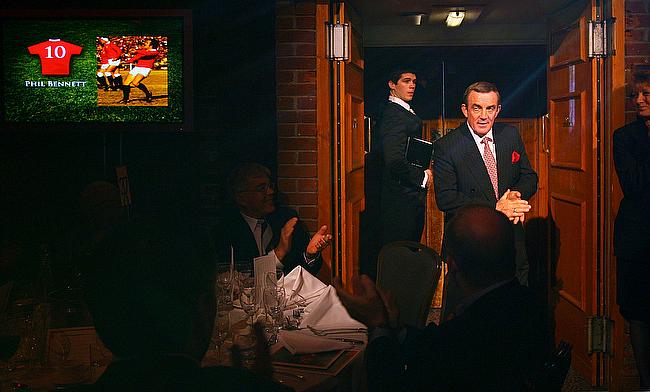 If you want to read about the impact the late Phil Bennett had on rugby union, many column inches are brimming with tributes and nostalgia.

In his emotive piece for The Telegraph, Sir Ian McGeechan provided some highlights from a memorable British and Irish Lions tour to South Africa in 1974 whilst Guardian journalist Rob Kitson described Bennett as a 'dazzling wizard who, single-handedly, converted some of us to the oval ball.'

It was perhaps on that aforementioned Lions tour where Bennett's magic is most fondly remembered. Since the former fly-half sadly passed away on Sunday, his try in the second Test in Pretoria has been doing the rounds on social media and it is easy to see why the ex-Wales skipper is held in such high regard.

Some of you might be reading this and thinking, 'But what about his role in 'that try' for the Barbarians against New Zealand in 1973?' It is a very valid point and one which further highlights why Bennett was a genius and one of the greats of the game.

Whilst Lions tours, Wales Grand Slams and wonder tries for the BaaBaas are glittering achievements we mere mortals can only dream of, Bennett was, and will always be, adored by his club side Llanelli. From the fans standing on the Tanner Bank to his comrades on the field of play, the No.10's influence and aura rubbed off on everyone and none more so than former teammate Clive Griffiths.

"I used to go down to Llanelli and cheer on all of these idols and heroes of mine and Phil was one of them," Griffiths tells TRU. "You would be in awe of these guys but then all of a sudden, I was offered a trial and I am out training with them. Two weeks after my 18th birthday, I played with them and made my debut. I was still at school doing my A-Levels! It was just Roy of the Rovers stuff.

"I am very fortunate and blessed to have experienced that at such a young age. I was following Phil Bennett and listening to him. Instead of watching him, I was playing with him!"

Griffiths, who had an eight-year association with Llanelli, was just beginning his journey in the sport and he was witnessing Bennett's wizardry first-hand.

In 1972, the former full-back watched on as his future club captain guided Llanelli to a famous 9-3 win over New Zealand and as we continue to chat, he cannot overstate the influence Bennett had on his career: "I remember going into the changing rooms as a long-haired 17-year-old and being starstruck and seeing guys like Delme Thomas, Ray Gravell, Phil Bennett, Barry Llewelyn, Gareth Jenkins was coming through at that time, Derek Quinnell. I was like, 'what am I doing here?!'

"Phil was there and he would say 'Alright lad?' and I would be like, 'yeah, yeah!' Out on the field, the way he talked, you realise you are among great players but friends also. He was like your bezzie mate as well as a captain and a great player.

"That was how Phil was. He was honest. He tore a few strips off me, he told me what I was doing wrong but gradually bit by bit, I put the jigsaw together with the help of others. My career then gradually took off and I ended up playing for Wales in '79 and achieving my dream. It is clear Phil had a massive, massive influence on me as a player and as a coach going forward."

In an interview Griffiths conducted when he was Director of Rugby at Doncaster Knights in 2016, there are references to his mentors being his father Ron but also his old Llanelli boss Carwyn James as well as Graham Henry, who brought him into the Wales coaching set-up at the beginning of the millennium.

And he was also quoted in the Yorkshire Post saying Bennett was someone who he 'looked up to', revealing the little magician used to call him the 'shadow': "I tried to copy his sidestep but I fell over when I tried to it once so I gave that up!" Griffiths laughs.

"That side step against South Africa in 1974 for the Lions, that try? Gee wizz! That try against the All Blacks in '73 for the BaaBaas where he started it off, those sidesteps are almost like sideways! There was no chance. You couldn't get a hand on him.

"So the shadow thing was that every time he got the ball, particularly in attacking positions, I'd follow him. There was one game against Crosskeys and every time he had the ball, he was just cutting it to pieces. He put me in three times, untouched. He said I must have been on his back all game and I said I was!

As brilliant as Bennett was on the field, the man away from the 80 minutes of rugby is something which struck a chord with his former teammate. The stand-off was switched on, ready to wave his wand and cast a spell on the opposition every time he crossed the white line but as soon as the final whistle sounded, the dazzling No.10 was an 'ordinary guy.'

"He was just a normal person!" Griffiths adds. "He loved a pint or two. He enjoyed life to the full. He was very humble, a great family man but once he drove into the training ground or Saturday came around, it ignited a man who was passionate and mercurial. Game over, he'd switch off, have a pint with the boys and pop down to the local rugby club, Felinfoel, and he continued to watch them up to his passing. His attitude just rubbed off on you."

Throughout our conversation, Griffiths also mentions his ex-colleagues Ray Gravell and J.J. Williams who have both sadly passed away in the last 15 years and says, rather poignantly, "The likes of J.J. and particularly Graves who was the character of all characters, they will be waiting for Phil at the Pearly Gates. Phil was their leader as well."

You may have been reading a lot about Phil Bennett's rugby exploits since Sunday, but whichever article you've chosen to peruse or whoever you may have spoken to about one of the greats of the game, the overriding feeling is that both on and off the field, 'Benny's' influence on the sport will never be forgotten.

"Everyone wants to pay their respects and I think that sums up Phil Bennett again because of the respect he is held in all areas of life and around the world," concludes Griffiths. "It's so sad. Being 73 years old is still young these days and you think these lads, these legends are going to carry on forever and be immortal. I just feel a sense of pride that I rubbed shoulders with the great man and a great sense of loss as well. It is really, really sad."