How COVID is taking its’ toll on Rugby Union 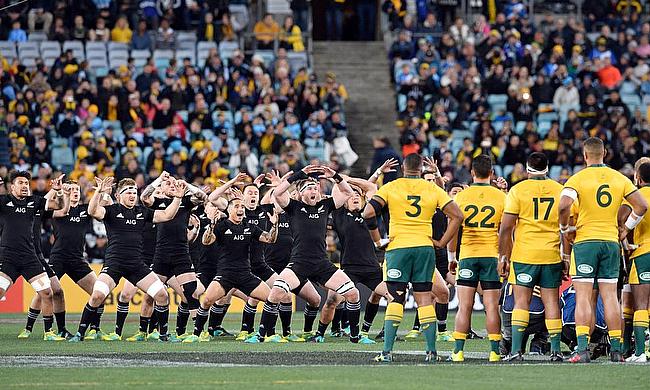 Bledisloe Cup is back in action
©tru

After the outbreak of Coronavirus, we take a look at just some of the ways it has affected Rugby Union in both the UK and further afield.

As lockdown hits many parts of the UK and the world, people are operating under local restrictions, keeping residents in their homes outside of essential travel, which has seen rand casinos increase in popularity.

On the Rugby side of things: Leagues like the Gallagher Premiership and Pro 14 are all feeling the effects of the pandemic both financially and structurally as fixtures are been funnelled into a small window to fit in the remaining Six Nations games and the start of the Autumn Nations Cup. This has resulted in a cramped weekly fixture routine for the Premiership sides, with squads being rotated beyond recognition to allow the league to be finished in time for the international window.

At the top, the Rugby Football Union has projected a £138 million-pound loss in revenues due to the virus if next year’s Six Nations goes ahead without fans in Twickenham. The RFU had hoped for around 20,000 fans for the Autumn Nations Cup, but the UK government have but a stop to the proposed 25%-33% crowd capacities in anticipation of a second wave.

RFU Chief Bill Sweeney has stated that they will need to ‘approach to government for financial help’ if fans don’t enter the home of English Rugby’s gates soon. This loss in revenue will have a knock-on effect in investment in other areas of the game, including community rugby and the women’s game.

Philip Browne the IRFU chief has said the lack of fans in Irish Rugby Union venues could cause a serious threat to ‘the very existence of professional rugby on the island’. Despite the Irish Rugby Football Union imposing salary cuts of up to 20% and redundancies, the sport is continuing to lose money at a rate of £5 million monthly.

As well as the virus having huge implications to the top and international tier of Rugby Union, its presence is also being felt throughout the leagues outside of the International and Premiership arm of the game.

The RFU recently made the ‘difficult decision’ to cancel all grassroots rugby until January 2021, at least.

The NCA Rugby Chairman John Inverdale said, ‘It’s hard to know what the outcome might be going forward, but everyone involved with the NCA exec is working hard to find the best possible solution to an unprecedented dilemma’. This statement does offer any solution to the thousands of pounds being haemorrhaged by grassroots clubs weekly across the UK, who are desperate for the government to loosen the reigns on lockdown measures.

There is also an unfortunate trend beginning to emerge once again in the UK as we approach the end of the year, with cases suspected to increase, leaving the sport in a helpless place as we end 2020. The advice from the government and those at the top of the game is to ‘sit-tight’ over the Christmas period, but this will be easier said than done as most clubs are staring at bankruptcy if the game in the UK doesn’t get back to some form of normality soon.

There are some laws changes that are being trialled by the Premier 15s, which starts this weekend, to minimise the risk of the virus spreading. 35-minute halves and fewer scrums are amongst some of the new laws which could accelerate the resumption of the lower leagues in the UK.

There is some more positive news in the sport, which comes from the Southern Hemisphere, where test-rugby returns in the shape of the Bledislow Cup. New Zealand will host Australia at Wellington’s Sky Stadium on Sunday, in what will be the first test rugby to be played since the coronavirus shutdown in March.