Wasps ‘not phased by others’ as they look to maintain momentum 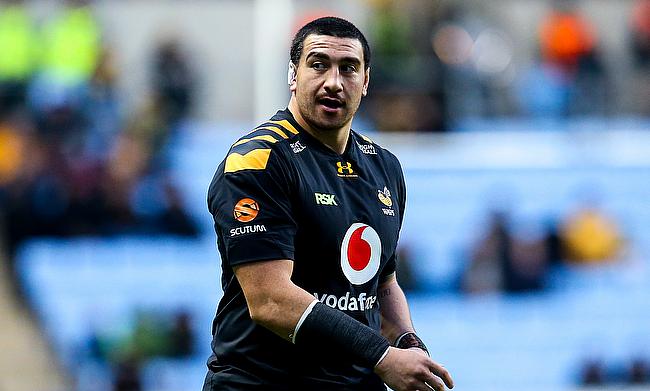 Wasps' win at Franklin’s Gardens was probably the performance of last weekend.

Lee Blackett’s side were dominant from start to finish with the likes of Jack Willis, Thomas Young and Josh Bassett particularly enjoying their run out against Northampton Saints.

Without Malakai Fekitoa this week after the former All Black picked up his third yellow card of the 2019/20 season, Wasps will be hoping for more of the same on Friday night when they face Worcester Warriors.

During lockdown, the club experienced numerous changes, principally, the confirmation that Blackett would be taking the mantle of head coach on a full-time basis.

For players too, the break was in some ways welcomed. Given the nature of professional rugby, players generally find themselves with very little time off and usually, it will be a week or two spent in a foreign climate before heading back home for pre-season.

“It was very different because of all the changes that happened over the time,” Jeffery Toomaga-Allen said. “As a squad, as a collective, I think it has been great. The great thing about it was, we all got to enjoy time with our families and loved ones. It is the first time for a lot of us, as professionals, we got time to just not think about rugby, just worry about our wellbeing, our family and probably our mental state as well.

“You miss the game, the lot of us missed playing rugby and it is a part of our life, but without having to play, there was no stress, no drama, no pressure and we got to chill with our families. When we came back, we were so refreshed and it was good to collectively be at a level where we were all on the same page, ready to go and do this thing as a team.

The final challenger for @citizen_watch Try of the Week ??

A scintillating break from @WaspsRugby as @_JoshBassett's second helped them clinch it ??

Vote for the best #GallagherPrem Round 14 score on the Premiership Rugby app ?? pic.twitter.com/RFQem7JMDx

“That was always the thing coming back into training and stuff, to pick up momentum where we left it. All being fresh, there was no excuse for us, as there are no excuses for other teams as well and I feel like we are not worried about other teams. We are not phased by what they are thinking. We are thinking about what we are doing, what we are focusing on and where we are going as a team.”

Running out as 34-21 winners away to Northampton, Blackett has now won four games in a row in the Premiership and last week, the former Leeds and Rotherham player said that Wasps would primarily be looking internally from game to game due to the shortened period of time between fixtures.

Such was the Wasps performance last weekend, there were no noticeable holes in their game, aside from a short spell after the break where they lost their dominance.

However, if they continue to focus on themselves, their top four aspirations will stay alight and with intriguing fixtures against Sale and Bath to come, Blackett has rung the changes for Friday night. Ben Vellacott and Ryan Mills are set for their first starts for Wasps whilst Alfie Barbeary and Theo Vukasinovic could make their Premiership debuts from the bench.

“It is all on ourselves and what we can bring,” Blackett said. “I think sometimes, when you reflect on games, you are always reflecting on the negative side of where we can improve and I think sometimes, we forget about the positives.

“We have just tried to reinforce the positive messages from last week, with a few changes obviously, going into this week. It is a great opportunity to see more people play within the squad. It is a great chance to see our strength in our squad as well and hopefully we can carry that on but keep driving the same messages that we were driving last week.”

Toomaga-Allen is aligned with his head coach’s thoughts, too. The prop is in the matchday 23 for Friday's clash with Worcester and the one-time All Black says that he and his team-mates have energy to burn as they hope to secure their place in the top four of the Premiership table.

“We are just full of energy, ready to go, ready to play,” Toomaga Allen added. “We know what we are doing, what we are about. We just want to have fun, as a team, whether we win or lose, we want to enjoy ourselves as a team. That’s executing our roles.