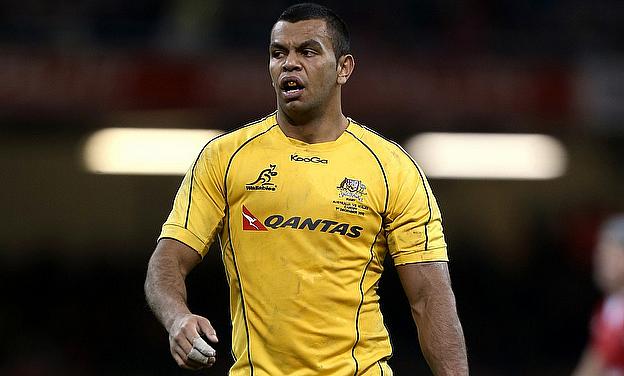 The Waratahs claimed their third successive win with a 41-19 triumph over the Melbourne Rebels in Friday's Super Rugby clash at AAMI Park.

The visitors scored six tries en route to the victory - Rob Horne, Adam Ashley-Cooper, Michael Hooper, Kurtley Beale, Israel Folau and Brendan McKibbin all getting on the scoresheet - while the boot of Bernard Foley provided the extras.

After passing up an early opportunity to open the scoring when Beale struck a penalty against the woodwork, the Waratahs made the breakthrough in the fifth minute through Foley's successful effort.

Their lead was soon extended by Horne's try, although Foley missed the conversion attempt.

The tables were turned as three Jason Woodward penalties put the Rebels 9-8 ahead, but one from Foley then put the away side back in front and, following a Woodward miss, the Waratahs were then 16-9 up through Ashley-Cooper's try, which went unconverted.

Foley hit the woodwork just before the interval and Woodward nailed a penalty shortly after the restart, but the former subsequently matched that effort, taking the score to 19-12.

The action then stepped up a level, with three tries being scored in the space of nine minutes.

Hooper got the first to strengthen the Waratahs' grip on proceedings, but after Foley sliced his conversion attempt, Telusa Veaninu crossed to reduce the deficit and Woodward converted to further cut the gap to 24-19.

However, Beale then crossed - the try being awarded after a television match official decision - and Foley made no mistake, leaving the score at 31-19.

The Waratahs were not finished and tries from Folau and McKibbin, both unconverted due to misses from Beale, wrapped up the scoring.