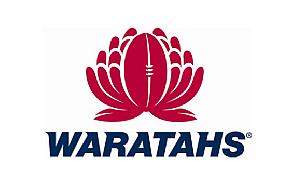 The Waratahs retained second place in the Australian conference, but produced an uninspiring performance against a one dimensional Western Force.

The Waratahs started the game in very positive fashion moving the ball quickly and working their way through phases of play, with Sitaleki Timani carrying with real power and intensity.

Kurtley Beale missed a penalty goal after five minutes, and that seemed to give the Force a massive confidence boost and David Pocock came to forefront at the breakdown where he is such an expert. James O'Connor the competition's leading points scorer gave the visitors a 3-0 lead after eight minutes with a penalty.

The Force defence was frustrating the Waratahs attacks, and only a superb covering tackle prevented Lachie Turner going in for a wonderful individual score after a great dummy. But the hosts did register their first points on 15 minutes through the boot of Beale who levelled the scores at 3-3.

O'Connor immediately put the Force back in the lead with a superb penalty from a tight angle, five minutes later he extended their lead with another sweetly struck penalty to make it 9-3. Beale then pegged the Force back with his second penalty.

The Waratahs were trying to move the ball wide but seemed unwilling to take the game to the visiting forwards and that was the main cause of frustration for the hosts. Beale hit the post with a penalty at the end of the half and the scores at the break were 9-6.

The Tahs struck first in the second half, Beale again struck the post with a penalty attempt, but centre Ryan Cross had followed up the kick and beat the defence to ball and scored, Beale added the extra points and made it 13-9.

O'Connor then added another two penalties and put the Force back in the lead 15-13. Both sides seemed scared to attack and this played more into the Force's hands as they were playing a simple style of rugby. Neither team could make field position count and much of the game was played in the middle of the park.

The home side sealed the victory in the 69th minute, after excellent period of pressure, which saw 26 phases of play, hooker John Ulugia crashed over for the vital score, and Beale's conversion  made it 20-15.

That's how it finished, the game was very ordinary and not we have come to expect from the Super Rugby sides especially the Waratahs with their attacking talents. If they wish to make an impact come the end of the season they will have to improve.