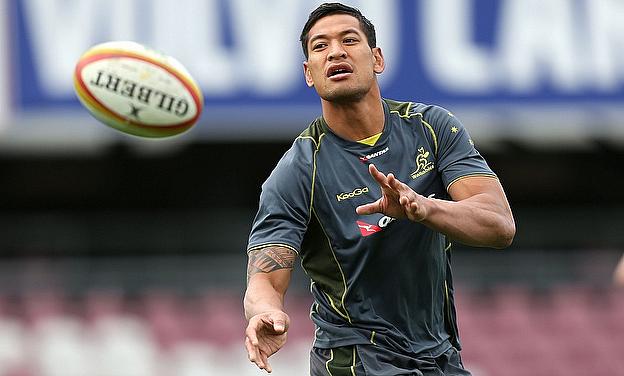 The Waratahs ended an eight-match losing streak against the Bulls with a 19-12 win over the South African outfit at Allianz Stadium on Saturday night.

Israel Folau, returning to the Tahs side after being controversially barred from playing by the Australian Rugby Union last week, took just 28 seconds to announce himself in the game, finishing off a superb re-gather from the Bulls kick-off to cross for the game's opening try.

Bernard Foley added the extras to put the hosts seven points up after less than 90 seconds of the match.

The Waratahs did not let up as the first half rolled on, dominating possession while holding firm at the back when the Bulls did have the ball.

The Tahs managed to cross for what they thought was their second try of the night only to have the referee disallow it, instead calling the play back for a penalty after the Bulls slowed the ball down at a breakdown.

Foley made no mistake from in front of the posts and the home side found themselves 10-0 ahead.

Foley converted another penalty opportunity and it began to look like the Tahs would stroll to victory before Jacques-Louis Potgieter slotted two penalties of his own to keep the Bulls in it, with the score 13-6 at half-time.

The second half was a hard-fought affair with neither side able to get over the line with the teams instead trading two penalties each - Foley slotting over twice with Pogieter and Handre Pollard replying - as the Waratahs held on for a gutsy 19-12 win.

The victory was soured slightly by the sight of Kurtley Beale hobbling off early in the second half with an injury to his left ankle that could put him in doubt for the Waratahs' trip to Auckland next week.