Wales hold on to defeat Australia 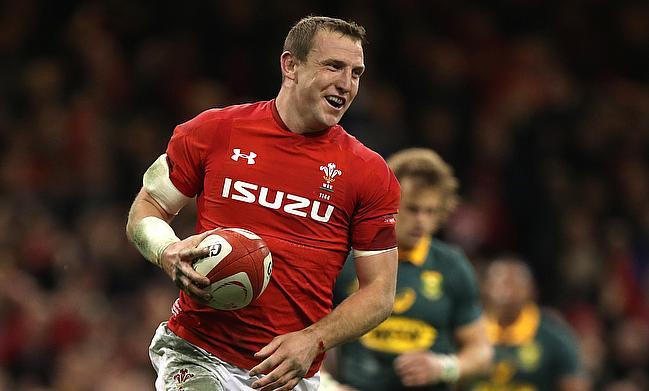 Wales resisted a superb Australia fight back to clinch a 29-25 victory in Tokyo as Warren Gatland's side take control of Pool D.

And so Wales secure back-to-back wins against Australia.

To string successive victories together over the Wallabies for the first time in 44 years is an achievement in itself for Wales, but this triumph in this ‘Pool D decider’ was an enormous one for Warren Gatland’s side.

At times, it certainly wasn’t easy especially in the second-half, but a huge win in Tokyo means Wales are firmly on course to finish on top of this pool and potentially avoid England in the quarter-finals.

This was always going to be a heavyweight contest in Japan’s capital and it was Wales who delivered the knockout blow to Australia.

The steely look in the eyes of Alun Wyn Jones as he led his team out suggested Wales meant business and whilst the skipper was making a record 130th appearance for his country, it was a teammate who is just emerging onto the international scene that set the tone early on.

Excellent work at the breakdown by young Aaron Wainwright provided the platform for Dan Biggar to slot over a sweetly struck drop-goal after only 37 seconds.

It was a lightening start by Gatland’s men and scrum-half Gareth Davies so nearly intercepted a loose Australia pass, but Wales’ first try of the game shortly followed.

Wales opted to go for the corner after winning a scrum penalty and referee Romain Poite was about to penalise Australia again for a high shot from Rory Arnold, but there was no need to bring the play back.

Biggar’s superb cross-field kick picked out Hadleigh Parkes who rose above Marika Koroibete to touch down.

Australia's Michael Hooper was then fortunate to escape a card for a late tackle on Biggar which was checked by the TMO and the skipper may have had a sigh of relief given rugby’s new disciplinary measures.

The game was all being played in the Wallaby half, but Michael Cheika’ side sparked into life through the veteran Adam Ashley-Cooper who darted over following a huge carry from the impressive Samu Kervei.

The centre was proving to be Australia’s biggest threat and another bursting break ended with the Wallabies earning a penalty which Bernard Foley pinged over.

Australia were edging their way back into the contest, but Wales were able to stay in control of the scoreboard for the rest of the half.

Biggar produced a brave and important tackle on Kervei and his efforts resulted in him having to leave the field for a HIA, but his replacement Rhys Patchell was able to slot over a penalty to make it 13-8.

Patchell shrugged off a huge hit from Kervei to kick another three points shortly after and Wales were able to stretch their lead to 15 points before the break.

"Those are the ones we've lost in the last minute..."@WelshRugbyUnion head coach Warren Gatland on his sides tightly fought win over Australia at #RWC2019 #AUSvWAL pic.twitter.com/0XAGbe6oMq

Gareth Davies had come close to incepting an Australia pass earlier in the half and he wasn’t to be denied again as he read Will Genia’s pass superbly to race over.

It was a wonderful time for Wales to score and Hymns and Arias swept around the Tokyo Stadium as both sides headed to the sheds.

A 21-8 advantage was extended immediately after the restart as Patchell replicated Biggar’s earlier drop-goal effort, but Australia exploded back into this gripping encounter.

A break down the left saw the Wallabies work the ball towards the posts and a wonderful offload by David Pocock allowed full-back Dane Haylett-Petty to dive over for this third try in three Tests.

As they did against Fiji in their World Cup opener, Australia unloaded the bench and began to turn the screw which meant it was all hands to the pump for Wales.

Waves and waves of pressure were being repelled but Wales’ trademark defence was eventually breached as Michael Hooper touched down to make it 26-22.

The Wallabies were rewarded for their endeavour and the momentum was certainly with the men in gold. Wales started to become indisciplined and Matt Toomua punished them as his penalty with 12 minutes remaining cut the deficit to one point.

However, Wales were able to respond with another Patchell penalty and that took the sting out of a dominant second-half display from Australia.

A late penalty for the Wallabies presented a chance for Cheika’s side to potentially snatch the win, but they failed to find touch and the late drama was only intensified when some of the floodlights failed.