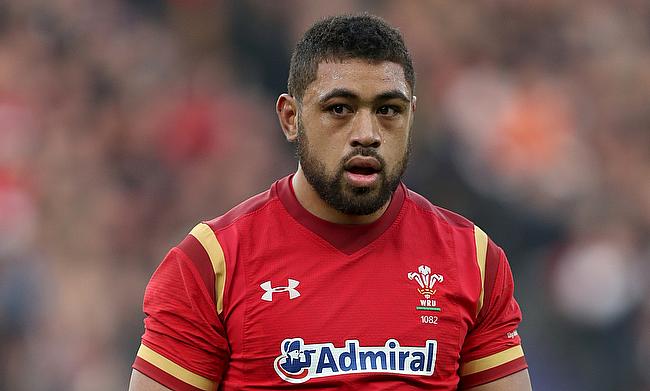 Taulupe Faletau played his final game at Rodney Parade for Newport Gwent Dragons before a big-money summer move to Bath - but the Ospreys spoilt his farewell party with a 26-20 victory.

But the Welsh coaching duo would also have been impressed by home wing Hallam Amos, who grabbed two of the Dragons' tries to add to a try, conversion and penalty from full-back Carl Meyer.

Pre-match, Ospreys coach Steve Tandy had demanded his side end their season with a bang - and they began strongly as a move across the backs left the Dragons exposed on the left for Hassler to cross after just four minutes.

However, the Dragons hit back with a great team try as scrum-half Sarel Pretorius spread the ball left just inside his own half before it arrived to centre Tyler Morgan. The centre sped swiftly downfield and fed Amos to cross in the corner.

The Ospreys responded when their pack pounded the home line, presenting Webb with the chance to dive over the line from five metres. Biggar managed the conversion to put the visitors seven points clear.

The Dragons were down to 14 men soon after when lock Rynard Landman deliberately knocked the ball on at a ruck, leaving referee John Lacey no option but to reach for a yellow card.

The hosts pulled back three points when Meyer kicked a penalty from halfway but their left-side inadequacies were exposed again moments before half-time when a long ball from midfield gave Evans the easiest of runs to the line.

Biggar's touchline conversion was excellent and the Ospreys went into the break with an 11-point advantage.

However, the Dragons hit back and, after one big move that lead to nothing, Amos grabbed his second try when he chipped over the stretched Ospreys defence on the left, collected the bouncing ball and dived over for an effort which went unconverted.

The pendulum swung back to the Ospreys on 51 minutes when the home side were stretched in midfield and Underhill found a gap to score next to the posts, making Biggar's conversion simple and giving the visitors a try bonus-point.

Yet the home side would not lay down. Meyer's score under the posts and conversion with 12 minutes left put the Dragons back in the match and they put the squeeze on the opposition.

However, it came to nothing as the Ospreys held their ground and sealed the victory.