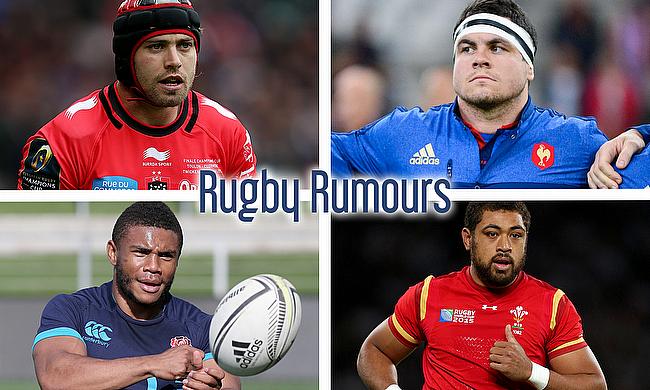 Wasps linked to another big name in Halfpenny:

Leigh Halfpenny is the latest household name to be linked with Wasps as director of rugby Dai Young outlines his intent to make high-calibre signings for next season.

Wasps lose All Black Charles Piutau to Ulster at the end of the season and will need a replacement, but a week after denying an offer has been tabled for Leicester wrecking-ball Manu Tuilagi, Young has distanced himself from Halfpenny.

"Leigh Halfpenny is an obvious one because of the Piutau situation - we have got Rob Miller as well, he is an England Saxon in his own right.

"I know Leigh really well. I was at Cardiff when he came through the system. We all know he is a quality player. So is Manu." Young said.

Guilhem Guirado is strong favourite to take over the role of French captain from stalwart Thierry Dusautoir.

Philippe Saint-Andre reached the last 8 with France in the RWC, but were put to the sword by New Zealand. Guirado is giving coach Saint-Andre time and space for this big descision.

"For now, I am not aware of anything. We will let the France staff take the time to think carefully"  Guirado said.

Eastmond goes back to league:

Its been reported that Kyle Eastmond isn't happy with the current England situation in Union, he's one of the form centres in the Premiership and still isn't getting a look in at international level.

Will Eddie Jones change his fortunes, or could this be the final blow to Eastmond's hopes of another England cap that sends him cross-codes, back to league...?

Toby Faletau's on a nice number in Bath:

The 25-year-old is thought to be one of Bath's two marquee signings - Welsh compatriot Rhys Priestland is the other - ensuring his wages of £400,000 are not counted towards the £6.5million salary cap.