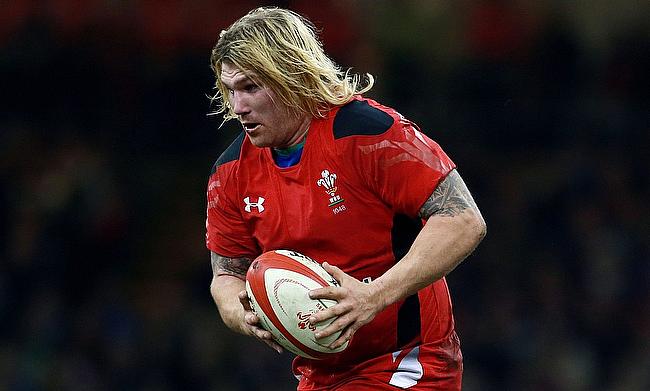 Georgia Evans Interview: 'I want young girls to see there is a chance for them to play for Wales'
Injury hit Wales out to prove people wrong again in Six Nations
Dan Biggar to lead Wales in 2022 Six Nations
Wales lock Seb Davies signs long-term deal with Cardiff Rugby

Hibbard made his Wales debut in 2008 and has gone on to play 38 Tests with his last appearance coming in August 2015. He also had represented British and Irish Lions on three occasions that came during the 2013 tour of Australia.

Having featured for Ospreys and Gloucester Rugby, the 38-year-old joined Dragons in 2018 and went on to make 60 appearances for the Welsh regional club including a memorable hat-trick against Connacht in February 2021.

“Well, I guess I’m very sad to say that, unfortunately, my body has finally said enough is enough,” said Hibbard.

“What a ride it’s been. I’ve been lucky enough to do everything I’ve wanted, and more, in this great game.

“I’ve really enjoyed my time at Dragons and it’s exciting to see the young front row talent and hookers coming through the ranks; that’s a real positive for the region,” he added.

“A huge thank you to the fans at Rodney Parade for all the support and I wish the Dragons every success for the future.”

Dragons Director of Dragons Rugby Dean Ryan paid tribute to Hibbard and his contribution to Welsh rugby over the years.

“Hibbz has been an important figure during my time at Dragons, both his efforts on the field and his work developing the youngsters in our squad.

“His contribution to Welsh rugby has also been enormous over the years, especially when you consider what he achieved and the impact he made for Wales and the British & Irish Lions.

“I’m sure he will be greatly missed by all supporters of our game, with whom he always had a great affinity.

“He leaves us with our very best wishes and Hibbz and his family will always be warmly welcomed back to Rodney Parade in the future.”