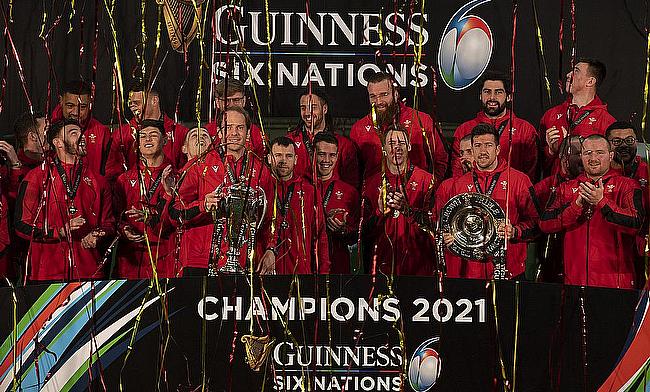 If Wales weren't seen as the favourites for last year's Six Nations, they are probably wearing the same tag in 2022 despite being the defending champions.

Wayne Pivac's side have been hit by significant injuries with core players such as Ken Owens, Alun Wyn Jones, Taulupe Faletau, Dan Lydiate, Josh Navidi, Justin Tipuric, George North and Leigh Halfpenny all missing in some capacity ahead of the tournament.

Added to this has been the Covid-19 disruption which has caused the Welsh provinces various problems in recent weeks and Pivac admits selecting his squad was not an easy task.

“There are about eight or nine players there with 680 Test caps," he said. We're hamstrung a little bit by our availability. I’d challenge any side to lose that amount of experience and to come out over-confident.

"Preparing this squad is going to be the most challenging for us to date. Just selecting the squad was an interesting exercise. It’s well documented with the Covid cases in clubs and being stuck in South Africa. It hasn’t been ideal for a lot of players. Wyn Jones I think has had one game, Jonathan Davies the same since the autumn. That’s not ideal preparation for any player.

"I know they’ve been doing a lot of hard work behind the scenes and we’ll be doing our best over the first few weeks to put as much volume into them as we can without breaking them. It’s a fine balance. We’ve got to get them up to playing Test rugby and we know that takes a bit of work.

"Those players, through no fault of their own, have been put in that situation so it is working together with the clubs, making sure we have got the right information about them in terms of the selection we have made, and we will see where we go from there.”

Wales have named a 36-man squad for the Guinness Six Nations featuring three uncapped players as Dan Biggar captains for the campaign.

With talismanic skipper Alun Wyn Jones sidelined and set to miss the Six Nations as recovers from his shoulder injury, Pivac has given the armband to Dan Biggar for the upcoming championships.

The Northampton Saints fly-half will replace Ellis Jenkins, who captained the side in the autumn, and the Wales boss admitted form was a factor in handing Biggar the responsibility.

"Dan brings a wealth of experience in this competition," he added. " Also, we’re looking at form, at players who are competing in different positions and the captain has to have a guaranteed position in the team bolted on.

"Dan, at the moment, is the form 10 and there’s a lot of competition in the other positions. He’s very competitive and he speaks his mind. We don’t want to change him as a competitive player.

"[The] communication we have there [Northampton Saints] is Dan has been an excellent role model and is doing well. We expect him to represent himself and the team very well. He is relishing the opportunity. I know he will do a very good job."

"Dewi Lake is a guy we have been looking at for some time," Pivac continued. "He is a guy who has captained Wales U20s and we think he is a good player with a big future.

"Jac Morgan has been in and around selection and with the injuries we have got, it's a great opportunity for him to show what he can offer at this level of the game and we will learn a lot about him.

"James Ratti is a young bloke who has gone from the second row to the loose forward position. It was a position where there were going to be some new players with the injuries."

Wales begin the defence of their title away to Ireland and given the way Andy Farrell's side performed in the autumn - claiming a notable win against New Zealand - Pivac understands why it is crucial for his team to not look too far ahead.

"We are confident in the ability of the squad and for us, it will be about starting the competition well and building from there as we did last year,” said Pivac, who also hopes to have Ross Moriarty available for the tournament opener.

“The Ireland game is paramount for us and we know the size of the challenge that awaits us. History will tell you it’s not an easy place to go.

"The Six Nations is a very special competition and we want to go out and win, like every other nation. This is tournament rugby, so it's about working hard in training and preparing well each week.

"Last year the Six Nations offered fans an exciting brand of rugby with lots of tries and, while we know we have five tough matches ahead and the margins in Test rugby are fine, we are looking forward to the challenge."