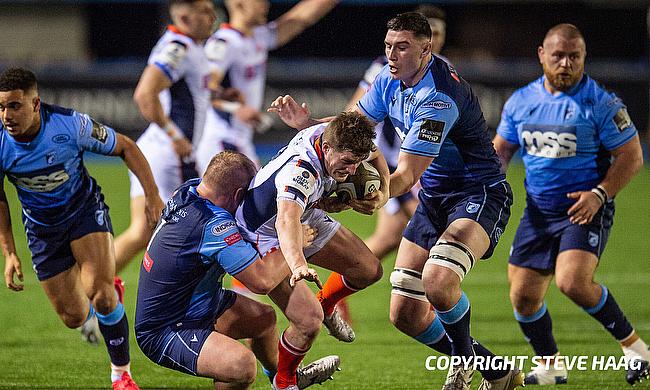 Cardiff Rugby have announced that Wales international Seb Davies has signed a new long-term deal with the club.

The news follows after the club also secured the services of Thomas Young, Taulupe Faletau and Liam Williams ahead of the 2022/23 season.

Davies, a product of Cardiff Academy, made his senior debut with them in the 2014/15 season. Since then, the 25-year-old has gone on to make 90 first-team appearances for the club.

“I’m really happy to sign a new contract. This is my home club, I was born and raised here in Cardiff and have a lot of passion for the club," he told the club's official website.

“A lot of my friends, who I came through the ranks with, are also here and I am really excited about the direction we are going and what we can achieve as a group under Dai Young.

“He has made a big difference in the last year and I am confident that this is the best place for me to improve as a player.

“I have been pleased with my form this season and it was great to get so much game time with Wales in the autumn but I am really eager to kick on both personally and with Cardiff and Wales.

“I’m really grateful to have the opportunity to continue pulling on the Blue and Black jersey and look forward to playing as much of a role as I can in the years ahead.”

A former Wales Under 20 international, Davies was called up for the Wales national team summer 2017 tour of Samoa and Tonga and has featured in 13 Tests including all four of Wales’ recent Autumn Nations Series encounters.

"He is a big, physically imposing and athletic man who also has subtleties to his game, particularly with ball in hand," said Dai Young.

"We have seen Seb getting back to some of his best rugby this season. He is still a young man who is learning and maturing, and his challenge now is keep consistency in performance.

"He certainly has a big future in the game, both in a Cardiff and Wales shirt, and we look forward to having him with us for the foreseeable future as we continue in this building process."