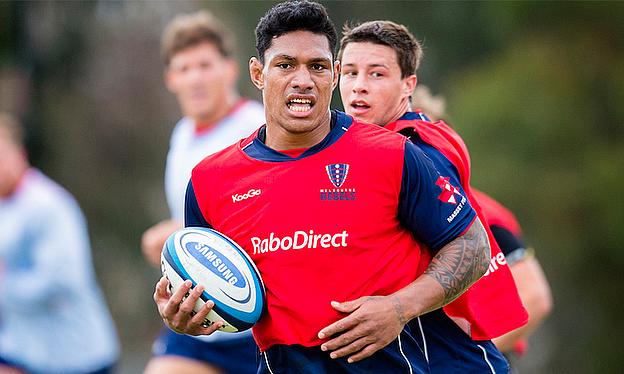 Perhaps the greatest strength of southern hemisphere rugby is that its flagship teams come into Rugby World Cup years with settled and complimentary XVs.

New Zealand and South Africa are gearing up for the RWC later this year with experienced and cohesive squads, with room just left for tweaking ahead of rugby’s showpiece event. Australia’s recent results don’t necessarily put them in the same category as the All Blacks or Springboks, but their starting XV, particularly outside of the tight five, is still relatively settled.

That said, there’s been no shortage of eye-catching performances in Super Rugby so far this season and plenty of uncapped players have put their hands up for selection in the upcoming Rugby Championship.

Though the Rebels and Force lie towards the bottom of the Super Rugby table, the consistently good performances of Timani and Wykes have been real fillips for their struggling franchises. Timani’s penchant for breaking tackles and making his way to the try line has been evident this season, whilst Wykes has proven himself to be a very underrated leader in a Force side bereft of captain Matt Hodgson.

With James Horwill struggling to stay on the pitch, let alone find form, and Rob Simmonds suffering through recent injuries, there is potentially a spot open in the Wallabies team for one of Timani or Wykes. The duo will face challenges from the likes of Will Skelton, Sam Carter and Luke Jones, but it would be surprising to not see at least one of them in the green and gold come July.

If the Tongan-born back rower were to be selected by the Wallabies, it would complete one of the most heart-warming stories in recent rugby history. Vaea was told his career was over two years ago when he was informed of blood clots in his heart. He was required to take blood-thinning medication which limited him to all but the most basic of physical exertions. Two years of hard work and unwavering belief followed and now Vaea is ready to take the rugby world by storm once more.

His form for the Brumbies has been excellent this season, proving himself to be the dynamic ball-carrying threat that all teams want from their number eight. There’s no shortage of competition for the jersey, with Ben McCalaman, Wycliff Palu and Scott Higginbotham all offering competition, but none have matched Vaea’s early season form.

Naholo is Fijian-born, but has represented New Zealand at sevens level and is eligible to turn out for the All Blacks, should they decide to pick him. The powerful winger, just like centre Malakai Fekitoa, is a castoff from the Blues, who has gone on to set Super Rugby alight with the Highlanders. If 2014 was the season of Fekitoa, then 2015 is already shaping up to be the season of Naholo.

An imminent move to France to play for Clermont may put Steve Hansen off selecting him, but with fellow back three options Charles Piutau and Frank Halai also heading north after the RWC, there could be an opening for Naholo, particularly if he carries on his sensational early season form. An All Black back three of Naholo, Julian Savea and Ben Smith would certainly cause plenty of sleepless nights for opposition coaches. Fellow back three players Nehe Milner-Skudder and James Lowe also deserve honourable mentions.

Given that the All Black back row of Kieran Read, Richie McCaw and Liam Messam is fairly well established, and that Sam Cane and Victor Vito have also been in superb form this season, the pick of Savea may seem like a head scratcher. On form alone, Savea has outperformed McCaw and Messam so far this season, but as a natural openside, he faces competition from the excellent Cane.

That said, Savea is certainly capable of doing a job at blindside and given that neither Messam nor Jerome Kaino have really found their strides so far this season, it’s not entirely crazy to think Savea could make his international debut at the Rugby Championship. It may take an injury to a more established player to give Savea his shot, but he’s more than ready to take it, as he has shown time and time again with the high-flying Hurricanes.

Every member of the Stormers’ first choice front row has been in an excellent form this season, helping the Cape Town-based side eek out an advantage at the set-piece both at home and on the road. With neither Bismarck du Plessis nor Adriaan Strauss hitting top gear yet, and the long-time Springbok props Tendai Mtawarira and Jannie du Plessis creaking at times over the last year, do not surprised if Heyneke Meyer looks to inject some fresh blood.

Ntubeni has been the form South African hooker so far this season and Koch has been in a tight race with the Cheetah’s Coenie Oosthuizen for a similar accolade at tighthead. Kitshoff may be the most impressive member of the trio however and certainly looks like he would provide better competition to Mtawarira than the other options available to Meyer.

The Lions’ Warwick Tecklenburg and the back three duo of Jesse Kriel and Dillyn Leyds have all also put their hands up for selection, but given the strength of competition at their positions, it’s hard to see them cracking the Springbok squad as things stand. Paige has impressed at scrum-half this season and his form has allowed the Bulls to keep the unique talents of Francois Hougaard outside on the wing.

With Hougaard being deployed as a winger, Paige is left to contest South African scrum-half duties with Ruan Pienaar and Cobus Reinach, as well as fellow uncapped nine, Ross Cronjé. Public support for Pienaar in South Africa has always been wavering, despite his consistent form, whilst Reinach has been considered limited in his skill set by some. Ousting either player from the Springbok pecking order will not be easy, but Paige’s form over recent weeks has spoken for itself.