9 things we learnt from Super Rugby round 9 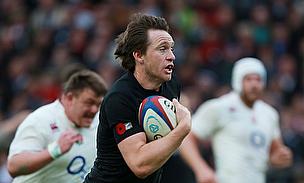 At Talking Rugby Union we have invested in a dedicated gaming and betting section that we call Fantasy Rugby. The aim is to provide gamers with data and analysis to make their weekly picks winners. Our Southern Hemisphere reporter, Scott Donaldson leads the way with his thoughtful and well researched pieces.

Scott's analysis does sometimes appear on other sites but his reports have been ever present on Talking Rugby Union since the early days of the site.

1) The New Zealand conference is the strongest, however with an exodus of Kiwis seemingly inevitable post RWC 2015, things might change. One look at the Super Rugby ladder shows us that the New Zealand conference has four teams in the top eight, including three in the top five, while the second Australian team is in 10th position and three of the bottom five teams are Australian. The top South African team hasn't toured yet.

2) Fortune favoured the brave in Super Rugby Round 9 with the Bulls victory over the Reds, the only sure bet of the round. This round resembled the early rounds of Super Rugby with three upset wins for the Blues, Highlanders and Stormers, while the Cheetahs win over the Force wasn't picked by more than half of the tipsters on SuperBru.

This is a far cry from the recent rounds which have gone with form. There hasn't been a major upset since Round 4, yet in Round 9 there were two major upsets. The recent rounds have been settled, hence why most people including myself thought that there might be only one upset, but not as many as three in one round. Some of those upsets were so close to not being upsets, like the Blues and Highlanders wins which went down to the wire so much that the odd bounce of the ball may have ended up with the favourites winning.

3) Statistically speaking, Super Rugby Round 9 had the lowest average winning margins with 8.83 which is just closer than Round 2 (8.86 points). There were three bonus points for losing by within seven points.

4) The recent deluge of home wins went out the window in Super Rugby Round 9 with only three from six.

5) The Lions could end up being the unlikely winners of the South African conference as the Sharks and Bulls are still to tour Australasia. The Lions secured another narrow win (yet again), this time over the Sharks.

6) The Blues may be the bottom New Zealand conference team, but they are going to be a threat from now on.

They had too much talent to be winless after eight rounds. It seems funny that the bottom New Zealand team can beat the top Australian team. The Blues have an impressive home record at Eden Park and this game was their first game there of the season. It went down to the wire, but they got the win. The confidence from this win will inspire them to make a late bid for the finals.

7) From a fantasy rugby perspective the constant resting of players from South African teams is getting frustrating. In games with limited trades it is difficult to have a completely valid team, especially with two three team bye weeks in a row, let alone with injuries and player rotations. The absence of fantasy rugby studs like Duane Vermeulen and Handre Pollard is a killer for managers.

8) Now that managers have more trades left in fantasy rugby games like www.testrugby.com it is time to start reinvesting. Some of the Rebels are good value for money like Luke Jones, Michael Harris and Pat Leafa, while the Chiefs James Lowe or the Highlanders Waisake Naholo are great value outside backs.

9) Returning from touring South Africa was a killer blow for the Blues and now the Crusaders. It seems to be difficult in that first game back. That is something to take into account when making your tips.

There is still plenty of time left in Super Rugby 2015 to make your comeback. While yours truly is struggling this season, it isn't time to hit the panic button by going for too many upsets or extraordinary margins.

At the same time, it is important to make some headway. The key is that if you think there is a good chance of an upset, like the Blues over the Brumbies, then go through with it and pick it! It is too easy to play it safe.