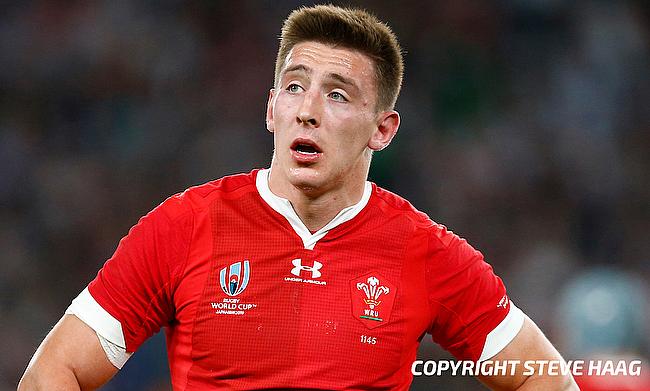 Wales chances of clinching the Grand Slam in the ongoing Six Nations tournament has taken a major boost after they defeated England 40-24 in the third round at Principality Stadium on Saturday.

Defending champions England now have lost two out of their three games that keeps them at fourth while Wales are at the top and have matches against France and Italy left.

The win also secured the Triple Crown for Wales - their first major silverware since Wayne Pivac took over from Warren Gatland at the end of the 2019 World Cup.

England were found wanting in the opening minutes as they conceded three penalties in the first four minutes with the latest being Maro Itoje penalised for a deliberate knock on. Dan Biggar with a three-pointer in the sixth minute got the proceedings for Wales to take them to a 3-0 lead.

Itoje almost made amends as he charged down a kick from Kieran Hardy but Liam Williams outpaced his former Saracens team-mate to touchdown. England had the chance to level the scores when Wales were penalised for slowing the ball down at the ruck and Owen Farrell slotted a three-pointer in front of the posts to make it 3-3.

As referee Gauzere warned England about conceding about a number of early penalties, Wales seized the momentum when Biggar sent a cross-kick that allowed Josh Adams collect a high ball on his way over the line brushing away a tackle from George Ford. Farrell was in argument with the referee that there were water carriers on the field and his team was not ready but was in vain.

Biggar kicked the conversion to make it 10-3 before Farrell kicked a 40m penalty kick to reduce the gap down to four points at the end of the opening quarter.

The controversial moments continued with this time Wales scoring their second try after a grubber kick was almost gathered by Louis Rees-Zammit, who fumbled it forward on to his own leg and kicked forwards towards the try line where fullback Liam Williams gathered and touched it down overcome a tackle from Farrell. Gauzere awarded the try and followed it a TMO consultation and it was deemed there was no deliberate knock on.

Biggar was once again spot on with the conversion to take the scoreline 17-6 before England made some grounds before the break. The 36th minute saw Kyle Sinckler halting the defence and eventually sending Anthony Watson over the line. Farrell kicked the conversion wide but made amends with a penalty goal as the teams finished the opening half with a 17-14 scoreline.

Callum Sheedy replaced Biggar, who took a knock just before the break and Farrell missed a penalty that could have levelled the scores. Soon Wales scored their third try when Hardy made a quick tap-penalty before crossing the whitewash in the 48th minute that Sheedy improved it making it 24-14.

A Welsh knock on provided England with an opportunity and Farrell slotted a three-pointer in the 53rd minute to make it 24-17 before the scores were levelled at the start of the final quarter when Ben Youngs went over and Farrell improved it.

However, England ill discipline costed them dearly with Sheedy kicking three penalties on the straight in a span of eight minutes before Cory Hill with a touchdown in the final minute ensuring Wales completed a bonus point victory.