TRU's Six Nations: XV of Round 1 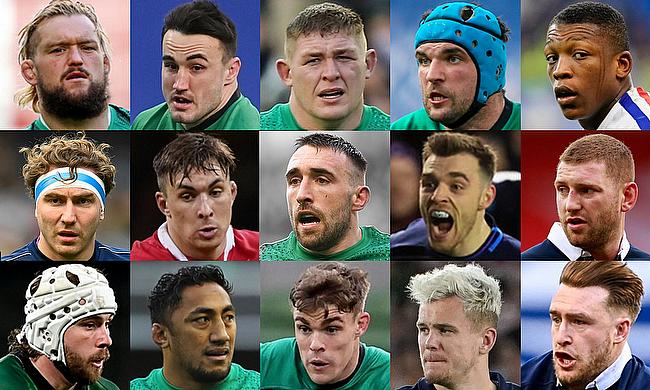 As the 2022 Six Nations kicks off, TRU picks their Dream Team from the Round 1 games.

1. Andrew Porter (Ireland) - Switching from tighthead to loosehead is worth the shirt in itself, but he also had a very productive and powerful game.

2. Rónan Kelleher (Ireland) - Another bruiser in the Irish pack, Kelleher loves ball in hand and some route one rugby. Julien Marchand was decent too.

3. Tadhg Furlong (Ireland) - Continues his rich vein of form, always putting Ireland on the front foot with his monstrous carries.

4. Tadhg Beirne (Ireland) - Another dynamic display from the Irish second-rower, an athletic carrier and deft offloader when needs be.

5. Cameron Woki (France) - A menace in the line-out for any opposition, multi-talented too with plenty of great touches and strong carries.

6. Jamie Ritchie (Scotland) - Throwing his body into all the breakdowns, his injury is a massive blow to the Scots. Ludlam had a hell of a game too.

7. Taine Basham (Wales) - A shining light for Wales, industrious around the paddock in both attack and defence. Looks to be another great Welsh back-rower.

8. Jack Conan (Ireland) - Ready to bully his way through any red jersey in front of him, bouncing defenders off and striding through some hefty carries.

9. Ben White (Scotland) - An early try for the Scottish debutant, stalwarts like Dupont and Gibson-Park weren't quite firing as they can do in big games.

10. Finn Russell (Scotland) - Russell managed to keep Scotland ticking over in the right areas, key to their win. Marcus Smith was in line if he stayed the 80.

11. Mack Hansen (Ireland) - Hansen had an industrious game on the wing on his Irish debut, a man of the match showing. Shoutout to Gabin Villiere.

12. Bundee Aki (Ireland) - We saw textbook Aki against the Welsh, busting through tackles, carrying hard and tying in the defence with or without the ball.

13. Garry Ringrose (Ireland) - Had a decent 80mins, outside a rock-like Aki he had the chance to work in the wider channels, releasing the Irish backline.

14. Darcy Graham (Scotland) - Covered every blade of grass in Edinburgh, played a role in both their tries and almost had one of his own, awesome.

15. Stuart Hogg (Scotland) - Match winning Calcutta Cup captain, had plenty of variety in his game too kicking for 275 metres and running over 50m.