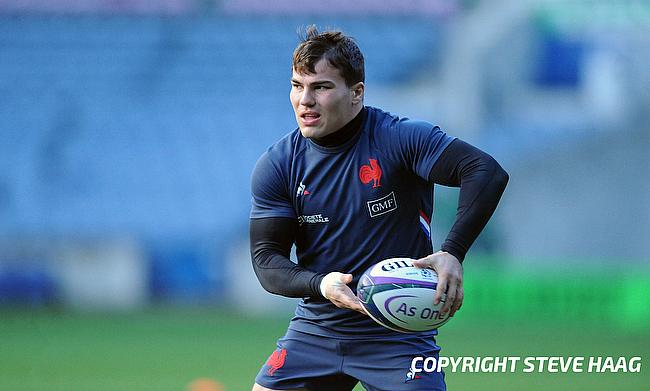 Gabin Villiere scored a hat-trick as France kick-started their Six Nations campaign with a 37-10 win over Italy in the opening round in Paris on Sunday.

It was not an easy start for the Les Bleus, who were without their head coach Fabien Galthié as he was in quarantine after testing positive for Covid-19.

Melvyn Jaminet started the proceedings for France with a fifth minute penalty goal but their ill-discipline proved costly as Paolo Garbisi kicked towards the corner following which Tommaso Menoncello on his debut touched down in the 16th minute. Garbisi kicked the conversion as the Azzurri had a 3-7 lead at the end of the opening quarter.

The opening try for France came in the 25th minute as Anthony Jelonch intercepted a pass from Stephen Varney to dot down but the conversion went wide.

A second penalty from Garbisi put Italy in front momentarily but his effort was negated by a three-pointer from Jaminet in the 34th minute making it 11-10. With the break approaching, Jaminet set up Villiere for his opening try before kicking the extras as the home side completed the opening half with a 18-10 lead.

France had better intent in the second half as Gregory Alldritt offloaded to Villiere for his second try but the conversion went wide. The bonus point came in the 67th minute as Damian Penaud was assisted by Antoine Dupont with the former going over the line making it 30-10.

As the full time was approaching, Villiere went on to complete his hat-trick after collecting a pass from Yoram Moefana with Romain Ntamack slotting the conversion as France started their campaign with a 37-10 victory.

France will be facing Ireland in the second round of the competition on 12th February while Italy will be hosting England on 13th February next.