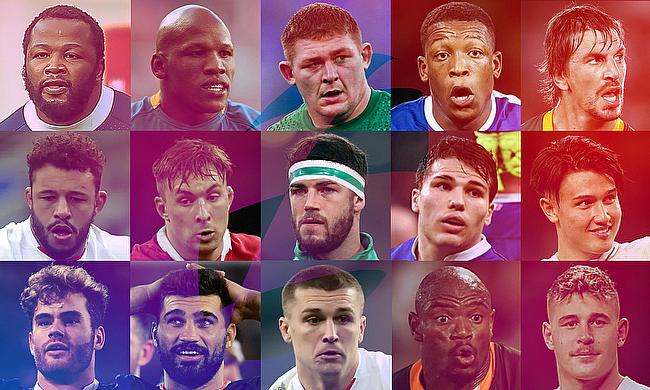 The Autumn Nations Series has come to its conclusion and TRU have put together their team of the month below. Let us know your thoughts!?

1. Ox Nche (South Africa) - As strong as an Ox round the park and a huge presence in the scrum. A nod goes out to Andrew Porter.

2. Bongi Mbonambi (South Africa) - A constant thorn in the side of any opposition, fierce carrying, solid arrows and relentless in defence.

3. Tadhg Furlong (Ireland) - In a rich vein of form at the moment, put Ireland on the front foot with his impressive carries.

4. Cameron Woki (France) - A hell of a talent not just when he is dominating the lineout, but dynamic feet when on the carry.

5. Eben Etzebeth (South Africa) - Another bullish showing for the heavyweight second-rower, formidable throughout the autumn.

6. Courtney Lawes (England) - Throwing his body about into some monstrous collisions, constantly looking for an explosive carry or a dainty offload.

7. Taine Basham (Wales) - A shining light for Wales, industrious around the paddock in both attack and defence. Looks to be a great prospect.

8. Caelan Doris (Ireland) - The rangy number 8 exhibited a wide range of his attacking abilities, bouncing defenders off and striding through some lengthy carries.

9. Antoine Dupont (France) - Ever the orchestrator for France, creates from nothing, steers the French pack and then unleashes their backline at will.

10. Marcus Smith (England) - A breath of fresh air in the England 10 shirt, crazy feet and great distribution skills. Romain Ntamack was unlucky to miss out.

13. Henry Slade (England) - Really came into his own this tournament, showing off his passing arsenal and tireless work rate in defence into the wider channels.

14. Makazole Mapimpi (South Africa) - Scoring tries for fun on the wing for the Boks, but not afraid to come in-field looking for more work off the 9 in the tight. Will Jordan just pipped.

15. Freddie Steward (England) - Had an amazing autumn, safe under any aerial bombardment and a towering threat in attack... key to England's future.