The Autumn Nations Series can come alive this weekend 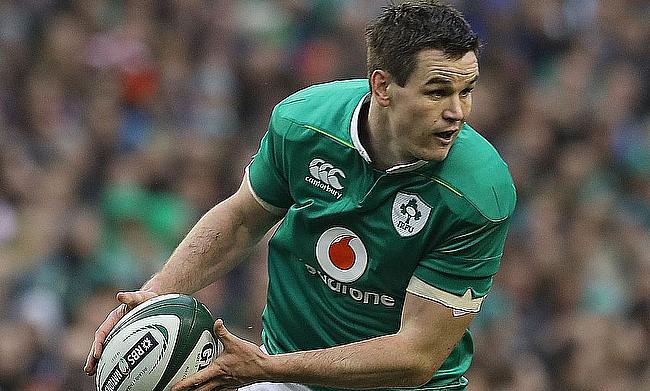 “It feels like a dream”: Family members, Sandbach RUFC and Sandbach School react to Ashman’s Scotland debut
Jones on the ‘impressive’ Tuilagi as he makes two changes to his England side
“Keep the main thing the main thing” – Maro Itoje on 'celebrity lifestyle'
Jones warns Smith of 'distractions' and to not be like tennis star Raducanu

After compelling encounters involving Wales and Scotland at the start of this month, the second full weekend of Autumn Nations Series fixtures could be one to savour, writes James Orpin.

The weekend kicks off with two teams who are both coming off hard-fought wins, with Scotland narrowly beating Australia and the Boks edging past Wales in Cardiff.

These two nations haven’t met since 2018 and honestly don’t play each other very often. For Scotland - who haven’t won this fixture in 11 years, this would be a huge statement to beat the world champions and I think Gregor Townsend’s side will be confident in doing so.

We all saw the impact that Finn Russell made in that third British and Irish Lions Test against South Africa, so how can Scotland do with him and Ali Price, up against the South Africa half-backs Herschel Jantjies and Elton Jantjies?

Making two changes to England's starting lineup for the visit of Australia on Saturday, learn what Eddie Jones had to say about moving Manu to the wing and more??https://t.co/Bq3f9K9Cyq pic.twitter.com/JVeNymqbHB

The latter is one of two changes from the game in Cardiff, a surprise in many ways as Handre Pollard has been cemented in the fly-half shirt for South Africa recently.

Hopefully, the game will be a huge contrast of styles with Scotland’s fast-paced attacking rugby up against the South African’s extreme physicality. Will the Scots be able to play how they want to and keep up their run of victories or will the world champions suffocate them with their defensive pressure and tactical kicking game? Find out early Saturday afternoon at Murrayfield.

Two teams that have a lot in common recently. Both finished last and lost all their games in their respective championships before kicking off the Autumn Nations Series with defeats.

Italy were beaten by New Zealand comfortably, despite at times making things difficult for the All Blacks whilst Argentina had a closely fought game against France. For this match, you can expect two teams both trying to prove a point and gain a valuable and needed victory. Let’s hope we see a closely fought contest in Rome on Saturday.

It is probably the most competitive North vs South fixture in recent years given both sides have shared two victories apiece in their last four meetings.

Ireland and New Zealand come into this clash after resounding victories last week, where there was no shortage of attacking rugby.

The All Blacks have 14 of the players who lined up against Wales starting, whilst the Irish make one change from the team that put the Japanese to the sword. It is a game where the Kiwis will be marked as the favourites, as they are number one in the world rankings.

However, Andy Farrell’s side are building and if they play with the same intent they did last week, they could really test the All Blacks.

They will, of course, expect their own defence to be put under some scrutiny as this New Zealand team are running in tries for fun, having scored a record amount already this year.

I feel the game will be decided by the battle of the two fly-halves who have recently become Test centurions; Jonny Sexton and Beauden Barrett. Whichever one of these two can best dictate their team’s attacking game will decide which side comes out on top on Saturday. Whoever wins, I feel it could be high scoring so definitely a fixture to tune in for.

A game of two old rivals; the ‘New England’ and a resurgent Australia after a successful Rugby Championship.

It will be a real indicator of where Eddie Jones’ side are as it is their first game against a tier-one side since the Six Nations. After defeat to Scotland last week, the Wallabies will be wanting to show their good form from the Rugby Championship wasn’t short-lived by beating England for the first time in six years.

Making two changes to England's starting lineup for the visit of Australia on Saturday, learn what Eddie Jones had to say about moving Manu to the wing and more??https://t.co/Bq3f9K9Cyq pic.twitter.com/JVeNymqbHB

The interesting team selection from Jones has once again given the game more intrigue as he has deployed centre Manu Tuilagi on the wing and also continues to play flanker Tom Curry at Number 8 despite naming two specialists in that position on the bench. It just adds to the fun of what is going to be a heavyweight clash, with hopefully some exciting attacking rugby from both sides at Twickenham on Saturday evening.

After their win in a scrappy game against Argentina last week, the French will be aiming to get back to their fluent best ahead of their mouth-watering clash with New Zealand next Saturday.

For Georgia to have a chance in this game, I feel they will have to make life tough for France and slow their ruck speed and speed of ball down. Make the game ugly. Not very exciting for the viewer, but it may work for them.

On the other hand, if The Lelos are unsuccessful and France manage to run riot, that will be amazing to watch as a rugby fan.

Wales have made five changes from the team that lost to South Africa last week, with Ellis Jenkins captaining the side after a stellar performance.

Wayne Pivac’s side will want to play a more expansive game this Sunday, after only scoring once in their last two games. I am sure the Welsh fans would love to see Louis Rees-Zammit, Josh Adams, Alex Cuthbert and Liam Williams all running in space and scoring tries.

Then, as we know, Fiji will always want to throw the ball about and can really create something out of nothing. Hopefully we can see some fast, free-flowing rugby that will get fans on their feet at the Principality. An exciting game to finish off a great weekend of rugby.