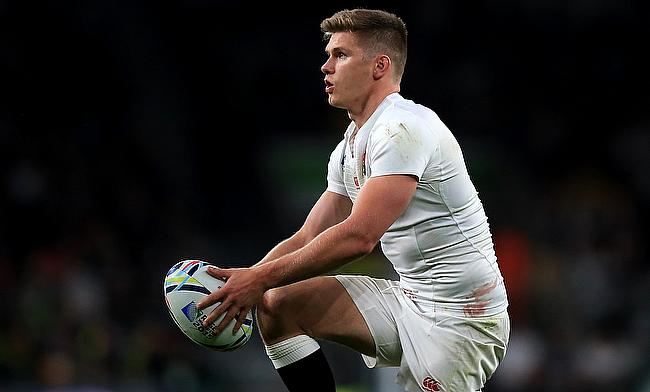 Owen Farrell kicked the decisive penalty goal in the sudden death as England edged out France 22-19 in the final of the Autumn Nations Cup at Twickenham Stadium.

Eddie Jones' side started the game as favourites with 813 caps between them as compared to France with 68 but they were pushed all the way down to the edge in front of 2000 spectators at Twickenham Stadium.

England skipper Owen Farrell kicked an eighth minute penalty to start the proceedings after France was penalised for a front-row collapse. However, he missed a chance to double the tally as his second kick went wide in the 13th minute.

France open their account in the 15th minute when a dummy pass from Matthieu Jalibert deceived the England defence to set Brice Dulin over the line. Jalibert also missed the conversion to make the scoreline 3-7.

England were handed another opportunity as Baptiste Pesenti knocks Jonny May over on the ball resulting in a penalty for the home side that Elliot Daly capitalised on to reduce the arrears to one point.

A scrum infringement from Sam Underhill allowed Jalibert to kick his first penalty goal in the 28th minute and with another three-pointer at the stroke of half-time, France finished the opening half with a 6-13 lead.

England were the quickest to get off the block in the second half with Farrell's third penalty goal in the 48th minute that reduced their arrears to four points. He had a chance to narrow down the gap further but his penalty in the 53rd minute went off the target and six minutes later he missed another three-pointer to add to the frustration of Eddie Jones.

Nevertheless, France won a penalty at the breakdown and replacement fly-half Louis Carbonel on his second Test made no mistake to take the scoreline to 9-16. With seven minutes left in the game, Farrell brought England back into the match with a penalty goal but Carbonel added to the nerves of the crowd with another three-pointer making it 12-19.

England got a lifeline in the final minute through Luke Cowan-Dickie's try and Farrell with a nerveless conversion ensured the teams finished the 80 minutes unseparated with 19-19 scoreline.

The game entered two halves of 10 minutes in the sudden death and it was Farrell once again missed a chance to seal the game as his penalty went wide in the third minute but ensured he did not slip up another chance in the 15th minute to help them complete a three-point win and more importantly the Autumn Nations Cup.