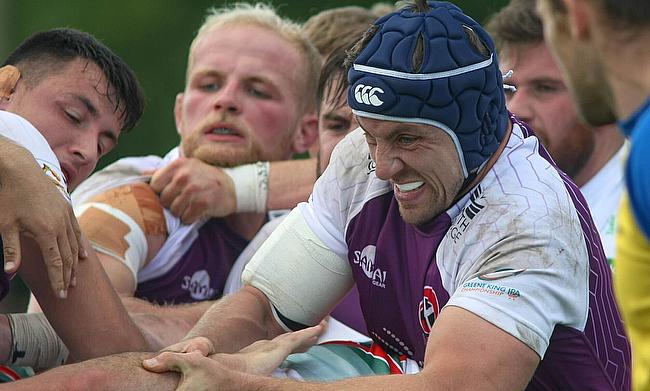 Premiership and Championship rugby clubs set for training resumption
Sam Dickinson: A big chunk of my heart remains in Caldy
Rory Jennings: It is going to be unchartered territory next year
Robin Hislop: You could argue it’s a developmental tool for everyone

It would be fair to describe Toby Freeman as somewhat of a Championship stalwart.

Having been a part of the Exeter Chiefs when they first gained promotion to the Premiership, he spent two years in Spain prior to returning to the Championship in order to play for Rotherham, Nottingham and Cornish Pirates.

A Cornwall native, Freeman was in his second year with Cornish Pirates and was prepared to call it a day as a professional player at the age of 31.

It seemed like the dream of reaching the top level was all but over, that is, until Harlequins came calling.

“There were plenty of times over the years where I would have those chats with my agent around February, March time and you would hear that there was interest, but it would never amount to anything,” Freeman said. “It was gut wrenching to be honest a lot of the time because you would be getting close and it would get pulled away.

“To be honest at the start of my second year at Pirates, during that year I was like this could potentially be my last year in professional rugby. It was in my final year of that contract with Pirates and I was thinking that I might as well go out and have some craic. I literally went out, enjoyed playing rugby and ended up putting together the best season of rugby I had ever played.

“As a result of that, I ended up getting picked up by Harlequins, even at 31, 32. A lot of guys potentially wouldn’t have the interest of hanging on for that long and it was probably for my own personal pride more than anything. I was fairly stubborn with staying at the Championship level, consistently performing and hoping I would get picked up. I was fortunate enough to get picked up.”

His one year with Quins was unfortunatley disrupted due to injury, but it was an experience that the former Exeter University student has relished nonetheless.

The lock says that his appearance against Clermont Auvergne in the Heineken Champions Cup back in January was a career highlight, some affirmation for Freeman that the years of hard work in the second division was all worth it.

Now, with it having recently being announced that he will be joining London Scottish as he transitions into working life in the city, the 32-year-old says he has hugely enjoyed his stint at the Stoop.

??Join us in welcoming @Toby__Freeman!

“I would have liked to have played more rugby, but the fact I got to play in the Heineken Cup is something I had always aspired to do,” Freeman said. “That’s the proudest moment of my career and it makes the grind I went through in the Championship, for all those years, worth it.

“There is always that drive amongst Championship players to get in the Premiership. It is a shame that my year was cut short at the top level, but the flipside of that is that has opened up opportunities for me to be able to transition into work which is very exciting, and it is not as big and daunting a process as I once thought it was going to be.”

Moving into the world of financial advising to work for former Quin, Matt Cairns, Freeman will still be competing at the elite level. Joining London Scottish to play for former Chinnor Director of Rugby, Matt Williams, it is going to be a year of change in the second tier.

After RFU funding cuts were announced in February, which will significantly reduce the amount of support Championship clubs receive from the governing body, several teams in the competition will be going part-time next season.

“I was pretty disappointed at first when I saw that the Championship was receiving the cuts,” Freeman said. “But then, I have had a lot of time to think about it from an outsiders perspective. If you take a step away from the situation, you see how many lads benefit from this. You basically are going to force the lads into focusing on transitioning.

“I don’t want to ruffle too many feathers by saying this, but I think it is potentially something that is overlooked a lot in the rugby environment. If lads are in the world of professional rugby and it is rugby, rugby, rugby and then suddenly they get to the point when they reach retirement or injury forces them into retirement, then they don’t have anything.

“You don’t play Championship rugby to earn a great living, you play it in the hope that you are going to get yourself that Premiership deal. They’re in a more advantageous position where they can actually put their careers for post-rugby into the here and now. It is more challenging for full time rugby players as they don’t always have the opportunity to look at transition, due to the high-pressure nature and demands of full-time rugby.

“There is going to be guys that want to stay full-time. I’m not saying that clubs can’t do that. I think, actually, having this avenue for guys to focus on the careers after rugby is massive and stops that dilemma of retiring for lads. Maybe they are not entirely sure how they are going to move forward and I think it is a good model for a lot of players moving forward.”

Already, Ampthill, Hartpury and Richmond are going to be part-time next season and with the recent announcements, Nottingham and Scottish will also be transitioning to semi-professional.

For Freeman, adding to his 100 appearances of Championship games is something which he is particularly excited for and he is also looking forward to working with Williams.

“He understands how semi-professional rugby and how balancing work should work and he is someone I am really looking forward to working with,” Freeman said. “I can’t speak too much about the guys he is intending to bring in, but I think it is fairly obvious that this is a necessary route for a lot of players that have played both Championship and Premiership level.

“There will be guys that want to transition whilst still playing rugby in and around London because, let’s not beat about the bush, it is the greatest city in the UK o, one of the best to be transitioning to the working world in. I think you are going to have a lot of players wanting to play in the city and Matt is certainly the guy that is going to convince them to play for a club like Scottish and make for a very competitive squad in the Championship.”