Rory Jennings: It is going to be unchartered territory next year 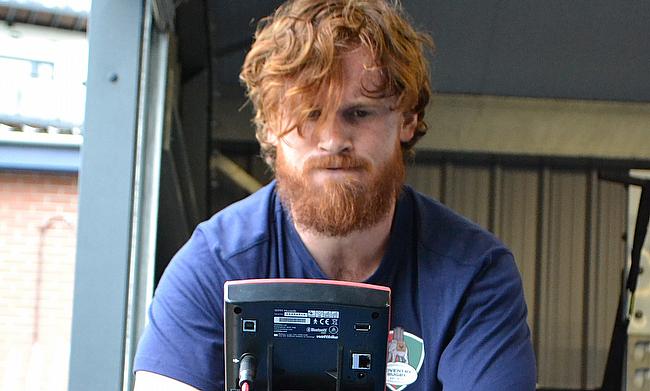 After four seasons at Bath as a professional, Rory Jennings took the plunge as a full-time Championship player.

Having been dual registered at Jersey, Rotherham Titans and London Scottish at various points in his formative years, Jennings joined the latter on a permanent basis after the conclusion of the 2017/18 campaign.

Spending a year in the capital, Jennings helped guide his side to a ninth-place finish in the second division. That spring, it was announced that the former England U20 international’s next move would be to Warwickshire in order to play for Rowland Winter’s Coventry.

Having risen from National One in 2017/18, Coventry enjoyed their first season back in the Championship, finishing eighth, eight points ahead of Jenning’s London Scottish. A club with clear ambition, the back says it was a privilege to be asked to join the Midlands club.

“It was flattering to get an offer from Coventry,” Jennings said. “Definitely a great thing to be acknowledged as someone that can contribute to their journey. I think that this year we have made steps towards that journey as well, so that’s even better to be honest.”

In March, the club publicly said that they were facing a £750,000 shortfall as a direct effect of Covid-19 so the side’s owner, Jon Sharp, stepped in to keep Coventry afloat.

Robin Hislop has played in the Championship since the end of 2013.

With some profound change expected in the league, Hislop spoke to Joe Harvey about the league he loves.https://t.co/f75DlUl8At

The future of several Championship sides has also been highlighted during this difficult time. Following announcements in February that the RFU would be severely cutting their funding to the league, Jennings believes that he is extremely lucky to have been at a club like Coventry where players are professional.

“It is quite uncertain what everything is going to look like,” Jennings said. “I know there are some murmurs and everything like that, but there is still a lot to be decided and it is really going to be uncharted territory next year.

“Having an amount of teams potentially going part-time, Saracens in the league, it is going to be very strange. Although the Championship has taken a few hits, it still holds a title of ‘if you are successful in the Championship, you are a good team’. I don’t think we in Coventry will be worrying too much about it if (the league) is tainted, I think that if we are successful, we will be happy.”

Nottingham and London Scottish have announced that they will be making large changes to the way that they operate from day to day which means that they are joining Hartpury, Ampthill and Richmond as semi-professional sides.

“At the time, I didn’t think it was such a big problem,” Jennings said. “I thought it would be pretty temporary and we just went about our business. As things started to progress, it became quite clear that it was a bit of a problem and I started to think of my mates at Scottish.

“I subsequently found out that they were in big trouble. I suppose it sat a bit easier being at Coventry and I felt a bit more sorry for blokes at other Championship clubs who are going to struggle more.”

Jennings came to the Championship with an impressive rugby CV. Not only was his talent nurtured at Farleigh House as an understudy to the likes of George Ford, Freddie Burns and Rhys Priestland, the fly-half had also achieved at age grade level too.

Representing England at the 2015 World Rugby U20s Championships in Italy, Jennings started every game at the tournament. That year, they final short by just five points against New Zealand in the final and for Jennings, many expected the young star to progress in blue, black and white.

However, he left the club with four first team appearances and Jennings dropped down a rung of the English league ladder to pursue regular playing time in the hope of drawing the attention of a top-flight side. It is a proven route, Premiership regulars Billy Searle, Will Chudley and Gareth Steenson are all prime examples.

“The idea of playing week in, week out and getting games together was something that I hadn’t got to do in the three years previous to that,” Jennings said. “That was a big lure for me, to be able to play consistently and actually show people what I can do if I play a few games on the bounce.

“I think that has happened in the last couple of years, so I am pretty happy with the way things have turned out and hopefully that can translate to something better, whether that’s at Coventry or somewhere else.”