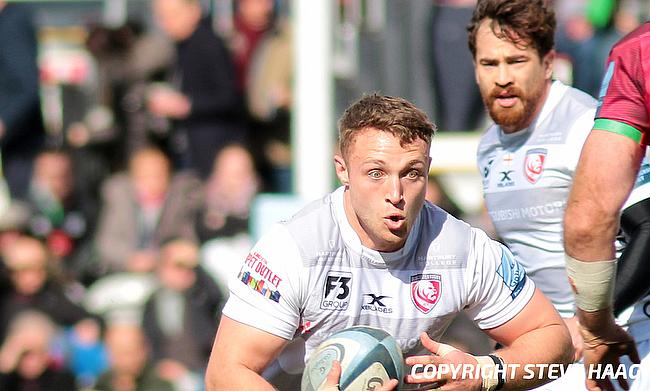 Ollie Thorley scored four tries in the first half
©PA

Ollie Thorley scored first half tries as Gloucester Rugby went on to beat Leicester Tigers in the 17th round of the Gallagher Premiership at Kingsholm on Sunday.

Apart from Thorley's four tries, Chris Harris and Joe Simpson also scored before the break as the Cherry and Whites sealed the game in the opening half with a 36-13 lead.

Zack Henry started the proceedings with a fourth minute penalty goal when Simpson touched down in the fifth minute and Billy Twelvetrees kicked the conversion. Three minutes later Thorley scored his first to take the scoreline 12-3.

Henry with his second penalty reduced the arrears for the Tigers but the second quarter was total domination from the home side. Thorley completed his hat-trick in the 22nd and 26th minutes and around the half-hour mark he picked the ball inside the 10m line and went past Leicester's defence to score his fourth.

Harris added further pain to the visitors with a try in the 33rd minute that took Gloucester's tally to 36 points. At the stroke of half-time, Harry Potter went unchallenged in the 36th minute as the teams finished the first half with a 36-13 scoreline.

After the first 14 minutes went without a point in the second half, Leicester bounced back with back to back tries from Jordan Taufa and Cameron Henderson in the 57th and 60th minutes while George Ford kicked two conversions and a penalty to make it 36-30.

However, Lloyd Evans try in the 74th minute with a conversion and a penalty on either side sealed a 16-point win for Gloucester.

The win has taken Gloucester to 36 points with their sixth win from 17 games while Leicester have lost their 11th game in the competition.