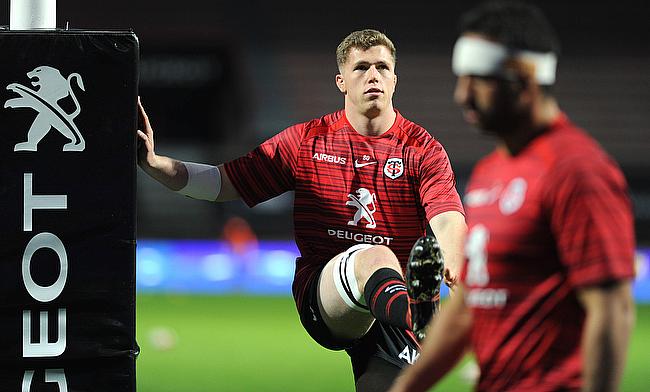 Not every route to playing professional rugby is the same.

Thibaud Flament is fully aware of this. Having moved back to France after the last Premiership season, it marked the end of a five-year journey in England that saw the lock forward go from a lanky fly-half in the Loughborough University fifth team to a professional rugby player.

It is his time at Loughborough that the forward owes much of his success to, the 23-year-old progressing year on year whilst with the university. Starting out in the fifth team, his 6’8” frame was quickly identified by coaching staff and he was slowly moulded into a lock forward.

“I started playing second-row in my first year and at the end of the first year, the coaches from the first team got in touch with me and told me that they wanted to dedicate some help and support in my development,” Flament said. “That was obviously huge for me.

“The first team players were demigods to me back in my first year and it was where I wanted to be. So, having them reach out to me, to help me, was amazing. I fully grabbed the opportunity, and in my second year, I was playing in the third team and I was training a bit with the first and second teams, which was massive for my development.

“Being in Loughborough was the only option for me to become a professional rugby player and I think the rugby programme is amazing. If I hadn’t been at Loughborough, I wouldn’t be a professional rugby player. That is due to the facilities available on campus, the skillset and knowledge of the coaches there, the environment and the coaches available behind the scenes.

Massive congratulations to alumnus @Thibaud_Flament for his debut for @StadeToulousain. ??????

“That was massive for my personal development. I was quite skinny back in the day. I was 6’8”, but 90 kilo which is quite light for the size I am! I am 116kg now and the same height, which is a big increase. Loughborough was amazing and crucial for me to become a rugby player.”

Having spent his third year in Argentina on placement, playing for Club Newman in Buenos Aires - the same team that Felipe Contepomi began and ended his career at - when Flament returned, he became a first-team regular with Loughborough.

He quickly became a dominant force in the Loughborough pack bringing back his experiences from Top 12 rugby in the southern hemisphere. Primarily representing the weekend side, the towering forward caught the eye of Wasps’ recruitment staff, representing the ‘A’ side on numerous occasions before joining the senior academy for the 2019/20 season.

“When I came back to Loughborough, if I had played BUCS, maybe the transition with Wasps would have been a bit tougher,” Flament said. “But being able to play National One was good to get more robust physically and get used to that physicality of the league.

“You also get to play against people twice your age, who know the good old tricks and you get to learn them. It toughens you up a bit and I thought it was great and really prepared me for a higher standard of rugby afterwards.”

Making several appearances for the first team in his sole season at the Ricoh Arena, Flament says that it was always his ambition to play in his home country. That fact hit home as a visitor to a French stadium during the club’s Challenge Cup campaign. 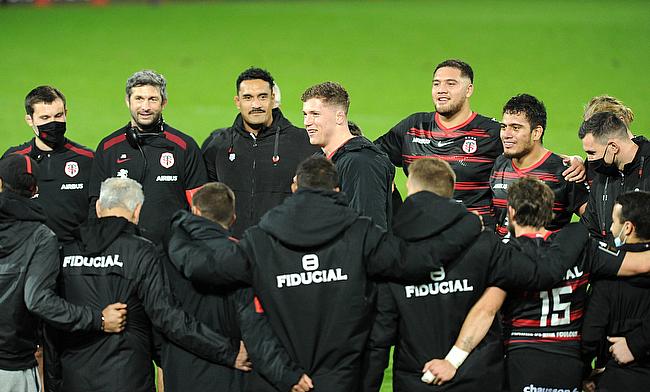 “Playing in France was always in the back of my mind,” Flament said. “When I was finishing at Loughborough I was looking, originally, to go to France and then Wasps contacted me, and the project sounded really good.

“But I was looking to go back to France because I am French. It is my country. It means a lot to me to play in my country, in my league. It means everything. When I went to Bordeaux with Wasps, I was a TR (travelling reserve), so I wasn’t playing in the game, but I watched the game in the stadium.

“It was weird because I was French but playing for an English side so I am happy to be back home, to be in my country, to play in France, to live the French lifestyle and I am really loving it so far.”

Having been back in France for much of the past two months, Flament has been adjusting to life with Toulouse. One of the most historic teams in European club rugby, Ugo Mola’s side are subject to plenty of attention at the moment thanks to their young stars.

Antoine Dupont and Romain Ntamack are just two of France’s bright young talents as the country prepares to win the 2023 Rugby World Cup on home soil. Add in several other French regulars and a city crazy about rugby, it adds up to being a club that is difficult to dislike.

“I had a bit of the same feeling when I first came in at Wasps,” Flament said. “Being surrounded by Malaki Fekitoa, Brad Shields, Dan Robson, Joe Launchbury, Lima Sopoaga, it was a bit special but I guess you get used to it and they become more like friends and teammates, rather than people you see on the TV.

“I quite like to discover the players’ personalities and I find it quite inspiring being able to talk to people who are top-level athletes and rugby players. There is always an aspect of their mentality, work ethic or life, a story behind everyone and it is quite nice learning that.”

Toulouse are currently second in the Top 14 table, two points shy of Ronan O’Gara’s La Rochelle and just a point ahead of Racing 92.

Flament has played just one game for his new club due to injury, his sole appearance coming in the Top 14 against Agen. Toulouse ran away 63-18 winners, Flament starting at lock alongside the evergreen Joe Tekori with Cheslin Kolbe enjoying an excellent game for the club from the bench.

"My ambitions are, to first of all get back fit and stop being injured. That would be a good start then hopefully to play as much as possible and then to, like every other club in the Top 14, try to win the title. That would be amazing. Then we see what happens.

"Like every French player, I would love to play for France, but I think it is more important to focus on getting back fit firstly. The rest will come eventually.”